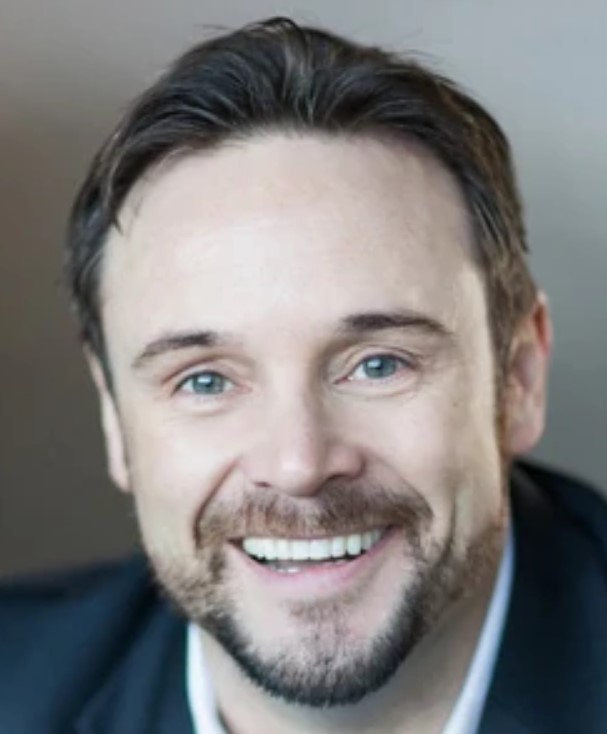 Kirby Robert Morrow known as Kirby Morrow was a Canadian actor, voice actor, writer, and comedian. He was known for his role as Captain Dave Kleinman on the science fiction television series, Stargate Atlantis. Besides his on-screen role, he is known for providing voice roles on several animes, and animated series including the voice of Miroku from InuYasha, Van Fanel from the Ocean dub of Escaflowne, Cyclops from X-Men Evolution, and Jay from Class of the Titans among others. He also voiced in several movies.

What makes Kirby Morrow so well-known?

His voice can be heard in a variety of animes, animated dramas, and films.

What is the origin of Kirby Morrow?

On August 28, 1973, Kirby Morrow was born. Kirby Robert Morrow was his birth name. His hometown is Jasper, Alberta, Canada, where he was born. He was a Canadian citizen. At this time, no information about his parents is available. Casey Morrow is his younger brother. His race was white, and his faith was Christianity. Virgo is his zodiac sign.

He went to Mount Royal University in Calgary to graduate.

Kirby Morrow is a voice actor who has starred in a variety of animes, animated series, and animated films.

Brain Powerd, Z-Mind, Hamtaro, MegaMan NT Warrior, Infinite Ryvius, The Family’s Defensive Alliance, Transformers: Energon, Star Ocean EX, Hikaru no Go, Starship Operators, and Gintama were among the other animes for which he provided the voice.

Morrow not only did voice work, but also performed in a variety of films and television shows.

He is best known for his role as Captain Kleinman in Stargate Atlantis, a science fiction television series. In Stargate Universe, he reprised his role.

He featured in a variety of television shows, including Viper, Breaker High, The Outer Limits, Stargate SG-1, Out of Order, Mortal Kombat: Legacy, and Legion.

MVP: Most Valuable Primate, Bones, Maximum Conviction, 12 Rounds 3: Lockdown, and Drone are among his film credits.

He has starred in a number of television movies. Stand Against Fear, Moment of Truth: Into the Arms of Danger, Playing to Win: A Moment of Truth Movie, Silencing Mary, The Hunt for the Unicorn Killer, Avalanche Alley, L.A. Law: The Movie, Deadly Skies, Something Evil Comes, The Pastor’s Wife, and A Ring by Spring are only a few of the films in which Morrow starred.

Kirby Morrow died on November 18, 2020, at the age of 47. In Vancouver, British Columbia, he died. The cause of his death has yet to be revealed. Kirby’s death was confirmed by his relatives.

On social media, Kirby’s brother wrote: “Kirby was a fortunate and talented person who brought joy to so many people while also benefiting from your love and friendship. It was what he lived for, and it kept him going every day “..

Morrow and his family received tributes from fans all over the world.

Nothing is known about his personal life. This page will be updated with any new information regarding his marital status.

Kirby Morrow was 1.78 meters tall, or 5 feet and 10 inches tall. He was of average height and build. His eyes were a dark blue color, and his hair was a dark brown color. He identified as a straight guy.

Kirby Morrow’s net worth is undisclosed.

Kirby Morrow made a living working in the film industry. He is well-known for his work as a voice actor in a variety of animes, animated films, and television shows. He has not only provided voices for a number of projects, but he has also appeared in a number of films and television shows. About 100 projects have been attributed to him. His acting and voice-over work provided the bulk of his revenue. His net worth is estimated to be in the $1 million range.

Our contents are created by fans, if you have any problems of Kirby Morrow Net Worth, Salary, Relationship Status, Married Date, Age, Height, Ethnicity, Nationality, Weight, mail us at [email protected]