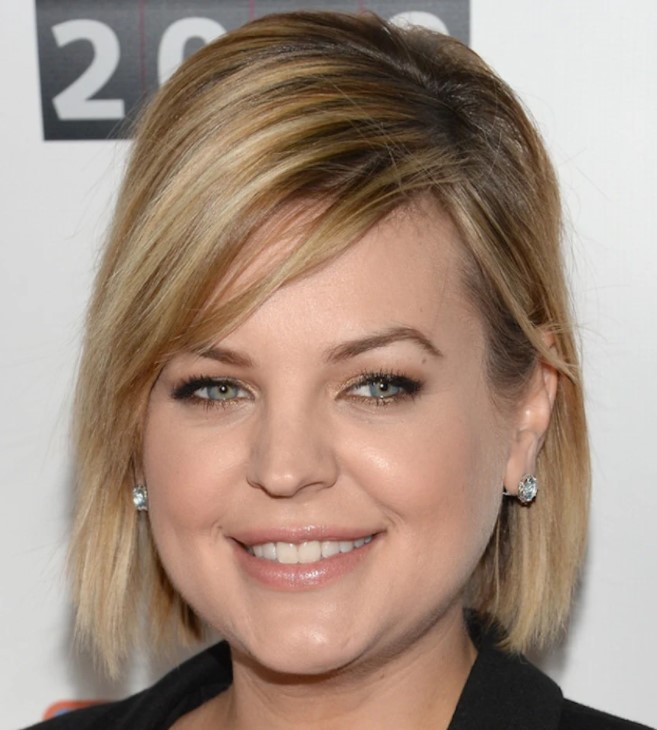 Kirsten Storms is an American actress and voice artist. She is best known for her role as ‘Zenon Kar’ in the Disney Channel movie ‘Zenon: Girl of the 21st Century’. She has appeared in several films and TV series including ‘Days of Our Lives’,  ‘Clubhouse’,  ‘General Hospital’, ‘7th Heaven’,  ‘Zenon: The Zequel’, and  ‘Winterthorne’.

With over 347k Instagram followers @kirstenstorms and over 204k Twitter followers @teenystweeting, she is a social media powerhouse. She possesses

Kirsten Storms is well-known for what she does.

She is well-known in the United States as an actress and voice artist.

Her appearance in the Disney Channel film ‘Zenon: Girl of the Twenty-First Century’ as ‘Zenon Kar’

Kirsten Storms was born in the United States.

She is of White origin and has an American nationality. Aries is her zodiac sign. Her faith is in Christianity.

Kirsten Storms has dreamed of becoming a soap opera actress since she was a teenager. So, at the age of five, she persuaded her parents to enroll her in acting lessons, where she was spotted by a talent scout. She was also tutored on set during her later years after being home-schooled since third grade. She also went to a children’s acting workshop in the Catskills, New York.

Kirsten Storms debuted on television in an advertisement for ‘Galoob Baby Doll.’ She went on to star in a number of advertisements after that.

In 1996, she made her television debut in the TV drama series ‘Second Noah,’ where she played Ashley.

She first appeared as Laura Cummings on The WB’s long-running TV show ‘7th Heaven’ in 1998.

She signed on to play Isabella “Belle” Black on the NBC daytime drama “Days of Our Lives” on August 5, 1999. She also appeared in the films ‘Love Letters’ and ‘Johnny Tsunami’ in the same year.

On the animated TV series ‘Kim Possible,’ she played the character ‘Bonnie Rockwaller’ in 2002. She lent her voice to the television film ‘Kim Possible: A Stitch in Time’ the following year.

In 2004, she played Betsey Young on the primetime television series ‘Clubhouse.’ That year, she also starred in the third ‘Zenon’ film, ‘Zenon: Z3.’

On the ABC soap opera ‘General Hospital,’ she played Mariah Maximiliana “Maxie” Jones in 2005. She also did voiceover for the TV movie ‘Kim Possible: So the Drama’ and starred in an episode of the hit TV show ‘CSI: Miami.’

She appeared as a guest star in several episodes of the ‘General Hospital: Night Shift’ spin-off show in 2007.

She starred as Selene Winterthorne in the web series ‘Winterthorne’ in 2015.

For Zenon: Girl of the 21st Century in 2000, Kirsten Storms was nominated for a Young Artist Award in the category of Best Performance in a TV Movie or Pilot: Leading Young Actress.

Days of our Lives won her a Soap Opera Digest Award in the category of Outstanding Child Actor in 2001.

Days of our Lives won her a Young Artist Award for Best Performance in a TV Drama Series: Leading Young Actress in 2002.

Days of our Lives earned her a nomination for a Soap Opera Digest Award in the category of Outstanding Younger Lead Actress.

In 2009, she was nominated for a Daytime Emmy Award in the category of Best Younger Actress in a Drama Series for her appearance on General Hospital.

Elias Reidy, a guitarist, is Kirsten Storms’ boyfriend. Kirsten revealed on Instagram that she and the singer had rekindled their friendship, and she has continued to share their images on her social media accounts ever since. The couple met in 2006 and went on to date for four years.

Kirsten Storms was previously married to Brandon Barash, her ‘General Hospital’ co-star. On June 16, 2013, the couple married in secret. Harper Rose Barash, the couple’s daughter, was born on January 7, 2014. Unfortunately, the pair divorced in 2016.

Kirsten Storms is a beautiful lady with a slim body build. She stands at a height of 1.6m (5 feet and 3 inches) tall and her body weight is around 57kg (126 lbs.). Her body measurements are 34-24-35 inches. She wears a bra size of 36B and a dress size of 4(US).  She has a fair complexion with natural Dark brown hair and a pair of beautiful blue eyes. She often dyes her hair in different shades of Blonde. Her sexual orientation is Straight.

Kirsten Storms has quite good earnings from her professional career as an actress and voice-over artist.  As of 2020, she has an estimated net worth of $8 Million. She has made this huge amount through her acting career. However, her salary and other assets are not disclosed yet

Our contents are created by fans, if you have any problems of Kirsten Storms Net Worth, Salary, Relationship Status, Married Date, Age, Height, Ethnicity, Nationality, Weight, mail us at [email protected]