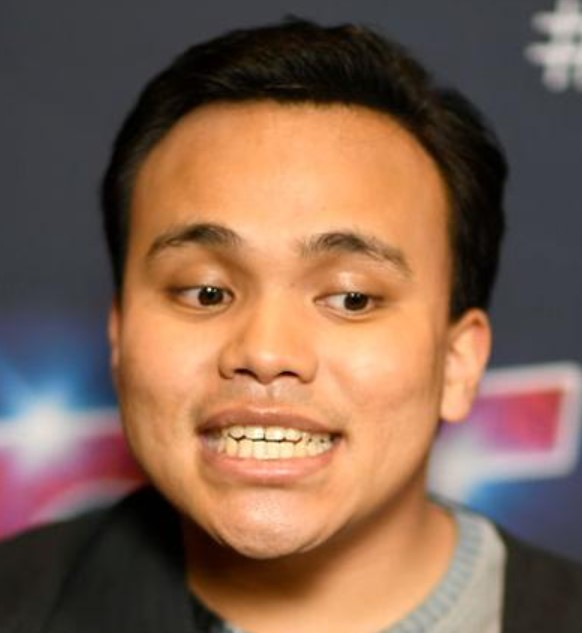 Kodi Lee is a Korean-American singer-songwriter and pianist who is well known as the first blind winner of season 14 of the popular reality competition show, “America’s Got Talent”. Lee rose to fame after he participated in the show as one of the thousand participants eventually making history becoming the show’s 14th winner.

Lee auditioned for the show on May 28, 2019, performing Leon Russell’s “A Song For You,” impressing Judge Gabrielle Union, who pressed her golden buzzer for him, making him the season’s first golden buzzer recipient.

Lee was born legally blind due to optic nerve hypoplasia, but he didn’t let that deter him from pursuing his dream of being a musician. He had also survived a life-saving operation at the age of five days. After facing all of these obstacles and living as a blind man for 22 years, Lee earned his greatest break when he appeared on AGT, inspiring millions of people all over the world.

Lee is well-known for performing a wide range of genres, including rock, pop, jazz, and R&B, and has over 419k followers on Instagram: @kodileerocks.

What is Kodi Lee’s claim to fame?

As a blind singer-songwriter and pianist, he is well-known.

He is best known for becoming the first blind winner of “America’s Got Talent” season 14.

Kodi Lee was born in the United States.

Tina Lee, an American mother, and Eric Lee, a Korean father, had Kodi as their firstborn child. Lee grew up in a caring family that has been there for him throughout his life. He has two younger siblings, a brother named Derek and a sister named Kayla, with whom he grew up. Kodi attended Elsinore High School and spent his time there playing guitar, which he enjoyed doing with his brother.

Despite the fact that he has suffered greatly as a result of only being able to see the world once after his birth, he claims to have an auditory photographic memory, through which he can remember music he hears after only one listen. His mother has also confirmed that music has saved her son’s life by encouraging him to play and listen to it.

In addition, Kodi’s inspiring optimism and unflappable spirit have been featured in the Orange County Register, the Los Angeles Times, as well as several broadcast television features and documentaries.

The Legacy of Kodi Lee on “America’s Got Talent”

On May 28, 2019, Kodi Lee debuted on “America’s Got Talent,” performing Leon Russell’s “A Song For You” while playing the piano in an audition for season 14 of the show. All four judges, Gabrielle Union, Howie Mandel, Simon Cowell, and Julianne Hough, gave him a standing ovation for his outstanding performance, and Union also pressed the first golden buzzer of the season for him, sending him straight to the program’s live shows, the Quarterfinals.

In the first two weeks, his audition video for America’s Got Talent received more than 50 million views.

Lee’s astonishing performance of Simon & Garfunkel’s “Bridge Across Troubled Water” while playing the piano in the Quarterfinals. Almost everybody in the crowd, including the judges, gave him a standing ovation at the end of the show. Kodi got enough votes to make it to the Semifinals as well.

On the semi-finals, he played the piano and performed “You Are the Reason” by Calum Scott, who also competed on “Britain’s Got Talent” in 2015. Both of the judges, including guest judge Sean Hayes, gave him standing ovations, as is customary. Lee made it to the finals as one of the season’s ten finalists after earning enough votes.

He gave his best performance of “Lost Without You” by Freya Ridings for his final performance. Kodi was the only solo singer to reach the top five. He performed “You Are the Cause” again on the big day of finals, but this time with special guest Leona Lewis, which aired on September 18, 2019. He was declared the show’s winner after beating Detroit Youth Choir, Ryan Niemiller, V.Unbeatable, and Voices of Service with over a million votes and the most votes.

He won $1 million for winning the award, and he was given more opportunities and offers to perform all over the United States as a result of his victory. From November 7 to 10, he headlined shows at the Paris Las Vegas Hotel & Casino in Las Vegas. Following the broadcast, Kodi made an appearance on “America’s Got Talent: The Winners” as a guest artist, singing Harry Styles’ “Sign of the Times.” He then returned in Episode 1510 for the quarterfinals week 1 broadcast, performing FINNEAS’ “Break My Heart Again.”

He then went on to play at a variety of shows and ventures throughout the United States, including local restaurants, wineries, and music festivals. Lee was also invited to play at New York City’s prestigious Carnegie Hall.

He previously sang the national anthem at an Elsinore High School pep rally in 2012, then graduated to the small stage at the Long Beach Aquarium in 2013, where he performed with his sister Kayla and brother Derek at the Human Abilities Case.

In addition, his YouTube channel, which features covers of songs such as John Legend’s “All of Me,” has 350,000 subscribers.

Is Kodi Lee in a relationship?

Currently, Kodi Lee is unattached. Lee hasn’t let his undefeated spirit down after being diagnosed with a major illness and living a life as a blind person for over 20 years. He has managed to step on with his life, including winning one of the biggest series, “AGT,” in 2019. With his talent and flawless pitch tone, he has captured the hearts of many people all over the world.

Furthermore, Kodi is friends with Season 13 Golden Buzzer act Makayla Phillips, and the two have previously acted together.

What is Kodi Lee’s net worth?

Kodi Lee’s professional career as a singer and pianist has earned him a decent living. Lee hasn’t taken a step back since making his biggest breakthrough on AGT’s big stage, and he’s been going forward with his head held high. He became a millionaire after winning season 14 of “America’s Got Talent.” He received not only the title, but also a small sum of money.

Along with his victory, he received many offers to participate, increasing his net worth by a few thousand dollars. His net worth is estimated to be around $1.5 million, including his prize money.

How Tall is Kodi Lee?

Kodi Lee is a kind man with an average body physique in his 20s. With his marvelous voice quality and his kindness, Lee has managed to win several hearts all around the world. He stands tall with a height of 5ft. 4inch.(1.64m) while his body weighs around 65kg(143 lbs). He has a body measurement of 35-28-35 inches with 6(US) as his shoe size.

Lee always has a stick beside him which can also be said as one of his body parts which helps him to walk.

Our contents are created by fans, if you have any problems of Kodi Lee Net Worth, Salary, Relationship Status, Married Date, Age, Height, Ethnicity, Nationality, Weight, mail us at [email protected]