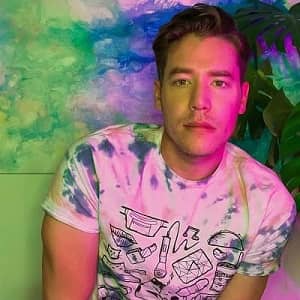 Kory DeSoto is a popular American Youtuber and social media personality. He first rose to fame thanks to his entertaining videos and hilarious content on his self-titled Youtube channel.

When was Kory DeSoto born?

Kory DeSoto was born on the 9th of November, 1986 in San Bernardino, California, U.S.A. As of 2020, his age is 34. His nationality is American and his ethnicity is mixed between Japanese, Puerto Rican, and Caucasian.

Kory has not revealed anything about his parents, not even their names. However, we do know that he has an older brother who is frequently featured on his Instagram posts. Aside from this, not much is known about his early life and childhood.

Kory’s education is also a mystery as of now. He does seem to be well educated but the exact details on what or where he studied have not been revealed yet.

How did Kory DeSoto build his career?

Kory joined Youtube quite early in March of 2009. His first videos were a bunch of hilarious skits which he performed by himself. These short but comedic videos showcased his incredible sense of humor and energy and he was liked by the audience on Youtube. Soon enough he began gaining a large number of fans and his content and production only increased from there. Nowadays his channel has a lot of variety with challenge videos, storytimes, comedic vlogs, and collaborations. His collaborations with fellow personality Coleen Ballinger are especially loved in his fanbase. As of now, he has over 468k subscribers on his channels but he has not been very active on Youtube as of late.

Right now, Cory mostly pots on his Tiktok and Instagram. His Tiktoks are well made and showcase his sense of humor similar to his videos on Youtube. He frequently collaborates and makes duets with other creators and his entertaining content has gained a lot of attention on the platform. As of now, Kory has over 282k followers with 2.3 million likes on his Tiktok account.

His Instagram is also massive and has over 300k followers. On top of all this Kory has also worked as an actor and writer, his most notable appearance being in the web series, Matt and Kory Show.

What is Kory DeSoto’s net worth?

Kory has not revealed the details on his net worth and annual salary as of yet.

What are Kory DeSoto’s physical statistics?

Kory DeSoto stands at a height of 5 feet 11 inches tall but he hasn’t revealed his exact weight as of now. He works out frequently and has built a fit and muscular physique over the years. He is also blessed with good looks along with hazel eyes and blonde hair.

Who is Kory DeSoto dating?

Kory is most probably single at the moment. But we can’t say for sure since he is very private about his love life. We know that he is gay as he came out on his social media and Youtube around 2016. But due to his private nature, nothing is known about his past relationships and past boyfriends as well.

Our contents are created by fans, if you have any problems of Kory DeSoto Net Worth, Salary, Relationship Status, Married Date, Age, Height, Ethnicity, Nationality, Weight, mail us at [email protected]