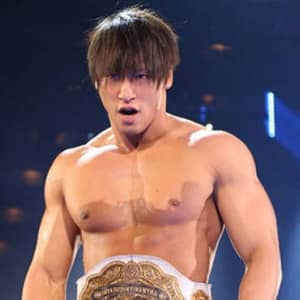 Where was Kota Ibushi born?

Kota Ibusi stepped into this world on the 21st of May 1982 in Aira, Kagoshima, Japan. He is Japanese by nationality and is currently 38 years old. Talking about his family and childhood, there is not much known about his childhood or his parents. However, he mentions having a brother whose identity is yet unknown. Academically, he finished his high school from his home town and later moved to Tokyo to work at the Narita Airport.

How did Kota Ibushi turn to become a professional wrestler?

At the beginning of his career, Kota Ibushi made his professional wrestling debut in July 2004 for the wrestling promotion Dramatic Dream Team. However, he lost the match against Atsushi Kudo. Sooner, he went on to gain attention in 2007 after he won the vacant Independent World Junior Heavyweight Championship by defeating Toba.
Ibushi then formed the ‘Golden Lovers’ tag team, teaming up with Kenny Omega. The duo won the ‘KO-D Tag Team Championship’ after defeating Harashima and Toru Awashi. Eventually, they lost the championship after being defeated by Dick Togo and Taka Michinoku. He made his breakthrough in 2009 after he won the ‘King of DDT’ title, as well as the KO-D Openweight Championship after defeating Harashima. The same year, he also won the Ironman Heavymetal Championship the same year but later lost the Openweight Championship to Shijuki Ishikawa.
In the year 2016, he resigned from the DDT as well as the NJPW and made his way up as a freelancer. In June 2016, he became a part of the WWE’s Cruiserweight Championship, where he was beaten in the semi-finals by T.J. Perkins.

How much net worth does Ibushi hold?

What are his awards and achievements?

How is his personal life and appearance?

Referring to the personal life of Kota Ibushi, he doesn’t prefer talking about his love life. As of now, he seems to be completely focused on his career and there is no information on his present or past partners. Therefore, he appears to be very single at the moment and is not married.

As of physical attribute, the fit wrestler stands tall with a height of 5 feet 11 inches and weighs about 86 kilograms. Moreover, his appearance includes black hair and a pair of black eyes.

Our contents are created by fans, if you have any problems of Kota Ibushi Net Worth, Salary, Relationship Status, Married Date, Age, Height, Ethnicity, Nationality, Weight, mail us at [email protected]