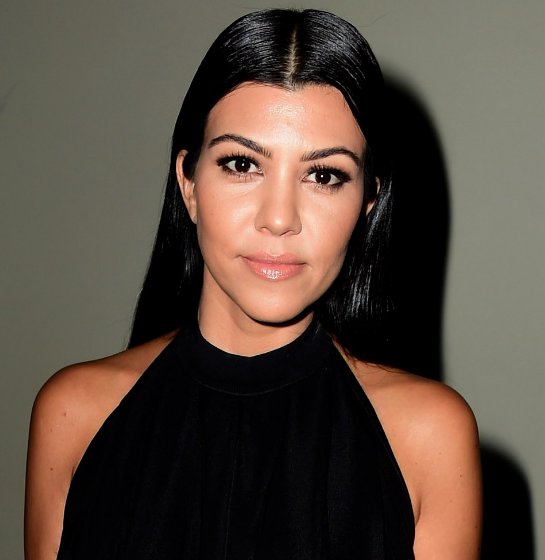 One of the American television personality, socialite, businesswoman, and model are Kourtney Mary Kardashian who is famous as Kourtney Kardashian. In the reality television series ‘Keeping Up with the Kardashian’, she and her family were picked to star in 2007. She with her sisters is involved in the retail and fashion industries. In 2010, they have also released the book ‘Kardashian Konfidential’.

Kourtney Kardashian full name is Kourtney Mary Kardashian. She was born on 18 April 1979 in Los Angeles, California. He father’s name is Robert Kardashian and mother name is Kris Kardashian. She has two younger sisters named as Kim and Khloe and a younger brother is Robert. Her parents got divorced in 1991. Later her mother married to Bruce Jenner who is a 1976 Summer Olympics decathlon winner. Then she also has stepsisters named as Casey and stepbrothers named as Brandon and Brody. She also has half-sisters Kendall and Kylie. She attended a Roman Catholic all-girls school named Marymount High School in Los Angeles. She attended Southern Methodist University for two years.  She later graduated from the University of Arizona in Theatre Arts. She also minored in Spanish.

Kourtney’s height is 5 feet and weight is 48 kg. she has black color hair and her color of the eye is dark brown. She has a balanced and healthy body.

Kourtney has dated Taj Jackson, Taryll Jackson (1999-2004) and Joe Francis (2005). She has also dated Scott Disick who is American socialite and they have many on-again and off-again relationship. The couple has three children named as Mason Dash Disick (14 December 2009), Penelope Scotland Disick (8 July 2012) and Reign Aston Disick (14 December 2014). They were together from 2007 but he cheated on her so they separated but again in 2009 they reconciled again. It was reported by E! News that they separated officially on 6 July 2015. It was then rumored that she has dated Michael Girgenti in 2008 and Justin Bieber in 2015. Recently she has been dating Younes Bendjima. They had been together since 2016. It was rumored that her fourth child with Younes in February 2017 which was proved wrong by Gossip Cop. Sadly, in 2018, they got separated.

Kourtney net worth is estimated to be $35 million.

Our contents are created by fans, if you have any problems of Kourtney Kardashian Net Worth, Salary, Relationship Status, Married Date, Age, Height, Ethnicity, Nationality, Weight, mail us at [email protected]