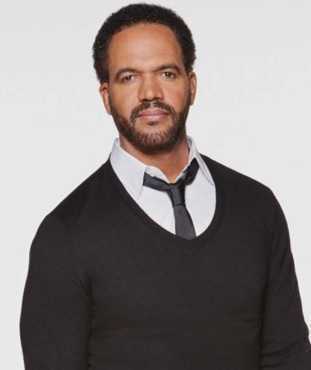 The Young and the Restless actor, Kristoff St. John dies at 52, his last episode will air on Wednesday

Kristoff St. John was found dead at his home in Woodland Hills on 3 February 2019. The initial investigations reports have stated he died of a possible overdose of alcohol.

His friend went to check on him at Kristoff’s home, where he found his body unresponsive. His friends then called the 911. Police and paramedics arrived at Kristoff’s place. Kristoff was already dead before they arrived.

He has been dealing with depression for so long after his son died earlier in 2014. He underwent psychiatric treatment after reportedly tried to kill himself with a gun earlier in 2017. He publicly mourned the loss of his son, Julian two weeks before his death.

His last Young and the Restless episode will air one last time on Wednesday. The CBS daytime soap opera is set to honor Kristoff with a special tribute.

Kristoff St. John was born on 15 July 1966. He was born to a father, Christopher St. John, and a mother, Marie St. John. Marie St. John is his stepmother. He belongs to African-American ethnicity. His birth place is in New York City, New York in the United States. He holds American nationality. His zodiac sign in Cancer. He follows Christianity Religion. Information regarding his siblings is currently unavailable. He grew up in Bridgeport, Connecticut, and in Los Angeles. He is a high school graduate.

In 1975, he made his first television appearance in a small role in That’s My Mama. He was around 10 years old at the time.

In 1976, he appeared with a featuring role on the NBC Saturday-morning comedy Big John, Little John.

In 1979, he later appeared as a young Alex Haley in the ABC miniseries Roots: The Next Generations.

He then appeared in small roles in Happy Days, Wonder Woman, The San Pedro Bech Bums, The Champs, The Bad News Bears, and The Cosby Show from 1975 to 1984.

He landed a major role in an American CBS sitcom Charlie & Co. from 1985 to 1986. He starred as Charlie Richmond Jr.

NBC soap opera Generations, which featured him in his first major soap role was canceled. Generations could have become his breakthrough role.

His breakthrough role came when landed the lead role of Neil Winters on The Young and the Restless in 1991.

He has played the role of Neil Winters for 25 years until his death in February 2019.

For his role in The Young and the Restless, he has garnered him ten NAACP Image Awards, two Emmy Awards, and ten Daytime Emmy Award nominations.

He has later appeared in several Amerian sitcoms including Hangin’ with Mr. Cooper, Family Matters, Martin, Livings Single, The Jamie Foxx Show, The Nanny, Pandora’s Box, and Everybody Hates Chris.

He has also appeared in the 2013 American horror film, 20 Feet Below: The Darkness Descending.

He also appeared in the 2017 TV movie, A Christmas Cruise.

In 2005, he became a special host for TV Guide Channel.

The Young and the Restless actor was married twice. He was first married to an American-Mexican boxer, Mia St. John. They got married in 1991. Four years later, they got divorced.

He then married Allana Nadal. They tied a knot to each other in 2001. Their marriage did not last forever either. They got divorced in 2007.

He was later engaged to Kseniya Mikhaleva.  They got engaged in August 2018.

He had 3 children, Julian St. John, a son, and a daughter, Paris Nicole, with his first wife, Mia, and Lola St. John with his second wife, Allana. Julian St. John was suffering from mental illness and died by committing suicide on 23 November 2014, at the age of 24.

After his son’s death, Kristoff went on to depression. He once underwent psychiatric treatment after he reportedly tried to take his own life with a gun earlier in 2017. He tried hard to overcome the grief of the loss of his son.

The net worth of Kristoff St. John was reported at $4 million. He earned most of his fortune from the American television soap opera, The Young and the Restless, where he appeared for 25 years. The acting was his main source of income.

Our contents are created by fans, if you have any problems of Kristoff St. John Net Worth, Salary, Relationship Status, Married Date, Age, Height, Ethnicity, Nationality, Weight, mail us at [email protected]