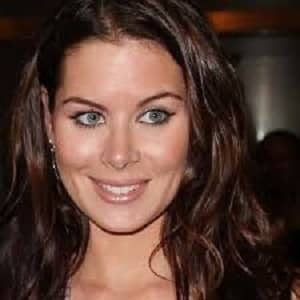 Kyla Weber is a Canadian realtor famous as the wife of Vince Vaughn. Her husband  is an American actor, producer, screenwriter, and comedian famous for his works on ‘The Lost World: Jurassic Park’, ‘Old School’, ‘True Detective’, ‘Hacksaw Ridge’, etc.

Kyla Weber was born on July 1, 1979, in Okotoks, Canada. As of 2021, her age is 41. Talking about her parents, her father’s name is Ken Weber but her mother’s name remains unknown. Moreover, there is no further information about her siblings and other family members.

There is no information about her educational background. She does seem like a well-educated person but has not revealed which school/college she attended.

How did Kyla pursue her career?

Kyla Weber was a very bright student ever since her college days and eventually ended up being a successful realtor in Calgary, Canada. In Calgary, she worked for ‘Coco Homes – Cimarron Living’. She was a normal woman until she started dating Vince Vaughn and started getting the limelight.

Vince Vaughn is an American actor, producer, screenwriter, and comedian famous for his works on ‘The Lost World: Jurassic Park’, ‘Old School’, ‘True Detective’, ‘Hacksaw Ridge’, etc. He started acting in the late 80s appearing in minor TV roles before getting his breakthrough with ‘Swingers’. In the 90s, he appeared in Rudy (1993), ‘The Lost World: Jurassic Park’, ‘Return to Paradise’, ‘Psycho’, etc.

In the 2000s, he landed many roles including roles in ‘Old School’, ‘Dodgeball: A True Underdog Story’, ‘Wedding Crashers’, ‘The Break-Up’, Fred Claus’, etc. In the 2010s, he made appearances in ‘Four Christmases’, The Dilemma’, ‘The Internship’, ‘True Detective’, ‘Hacksaw Ridge’, etc.

Kyle Weber is married to Vince Vaughn. The couple first started dating in 2008 when the images of Vince and Kyla began to emerge. They had reportedly been introduced by Vaughn’s friend at a wedding. They started dating since then and media reports revealed that Kyla had met and impressed Vince’s parents after just four months of dating.

In March 2009, there were rumors that Vince had proposed to Kyla with a US $125,000 engagement ring which Kyla’s father later confirmed.

The couple exchanged wedding vows on January 2, 2010. They held a private but beautiful ceremony in the historic Armour House at the Lake Forest Academy, Lake Forest. From their marriage, they have two children, Locklyn Kyla Vaughn born on December 18, 2010, and Vernon Lindsay born on August 7, 2013.

What is the Net Worth of Kyla Weber?

Kyla stands at a height of around 5 feet 5 inches and weighs around 60 kg. Her body measurements for breasts, waist, and hips are 34-27-34 inches. She has brown hair and hazel eyes.

Our contents are created by fans, if you have any problems of Kyla Weber Net Worth, Salary, Relationship Status, Married Date, Age, Height, Ethnicity, Nationality, Weight, mail us at [email protected]