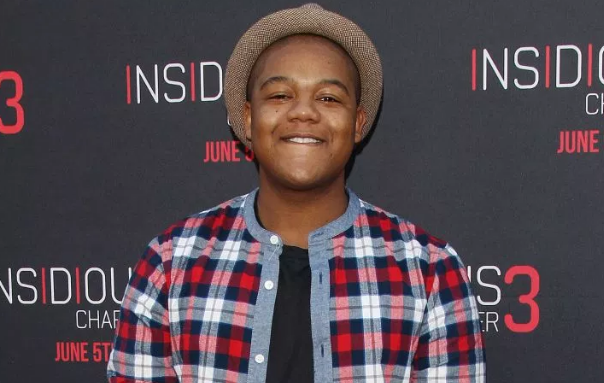 Multi-talented American Actor, Rapper, Singer, and young entertainer, Kyle Massey is best recognized as Cory Baxter in Disney Channel teen series ‘That’s So Raven’ and its spin-off Cory in the House. Besides acting, Kyle is a dancer, rapper, comedian, and magician who has appeared in the Disney Channel Original Movie Life Is Ruff and has released several rap songs for Walt Disney Records and Hollywood Records.

What is Kyle Famous For?

Having played Cory Baxter in the teen supernatural comedy series, That’s So Raven and Cory in the House.

Playing the lead role in the Disney Channel comedy movie, Life is Ruff.

Kyle Massey Sued for Alleged Sexual Misconduct With a Minor

Former Disney star Kyle Massey is being sued for $1.5 million for allegedly “attempting to commit a lewd act with a minor.”

The suit was filed anonymously and thus refers to the accuser as Jane Doe, who is allegedly a minor and kept her name out of it due to “the highly sensitive and personal nature of the subject matter”. Her mother, Anne Doe, filed on her behalf, according to court documents.

Jane and Anne Doe allege that their relationship with Massey dates back to when Jane was 4-years-old when they allegedly met at Universal City. According to the lawsuit, the 27-year-old actor allegedly “maintained contact” with Anne and her family and became a “father figure” to Jane.

The daughter allegedly wanted to pursue a career in entertainment, so Massey, according to the lawsuit, “would offer to use his success and influence in the entertainment industry” to help her out.

According to the lawsuit, things escalated when Massey allegedly “began to send Jane Doe numerous sexually explicit text messages, images, and videos.” These allegedly include videos of Massey’s girlfriend as well as “a Snapchat image of Massey holding his penis” as well as other alleged “lewd” texts.

According to Angel, Anne Doe “requested a mediation and a confidential settlement of 1.5 million dollars to keep this ‘matter’ from going public.” Angel says she “respectfully declined the offer because Kyle had not done anything wrong.”

She added, “This lawsuit will reveal more information more favorable for Kyle as it unfolds.”

Besides acting, Kyle has also gained wide recognization even as the singer, singing for movies like ‘Cory in the House’ and ‘Yin Yan Yo’. Furthermore, His appearance in several films and TV series like Senior Project (2014), Mighty Magic words (2016-Present), Ripped (2017), Celebrity Family Feud (2017), The Mind of Jake Paul (2018), Bad Company (2018), Rise of the Teenage Mutant Ninja Turtles (2019) and many others makes him wide recognized in the world at present.

Is Kyle Dating Someone?

Regarding his private life, Kyle is a black-American and is obviously unmarried at the age of 27. However, he has been in several affairs and relationships and is dating Bristol Palin since 2011, a fellow contestant in ‘Dancing with Stars’. Previously he dated Maiara Walsh, and Taylor Dooley as a girlfriend for a brief period of time.

How much is Kyle Massey worth?

Being the Young actor, singer, and dancer, Massey has a good amount of earnings, a well-paid salary, and his net worth is assumed to be approximately $5 million dollars. You can follow Kyle on Twitter, Instagram, and Facebook.

Kyle Massey is a comedian with a large body and has a normal height of 5 feet 7 inches with a body mass equivalent to it. Massey is a man with dark brown eyes and black hair and his most distinctive and attractive part is his buzz-cut hair. Similarly, He has a balanced weight of 84 kilos. His other body information was not disclosed yet. In the case of disclosure, we will let you know.

Our contents are created by fans, if you have any problems of Kyle Massey Net Worth, Salary, Relationship Status, Married Date, Age, Height, Ethnicity, Nationality, Weight, mail us at [email protected]