Lala Kent is a famous reality television personality and a businesswoman. 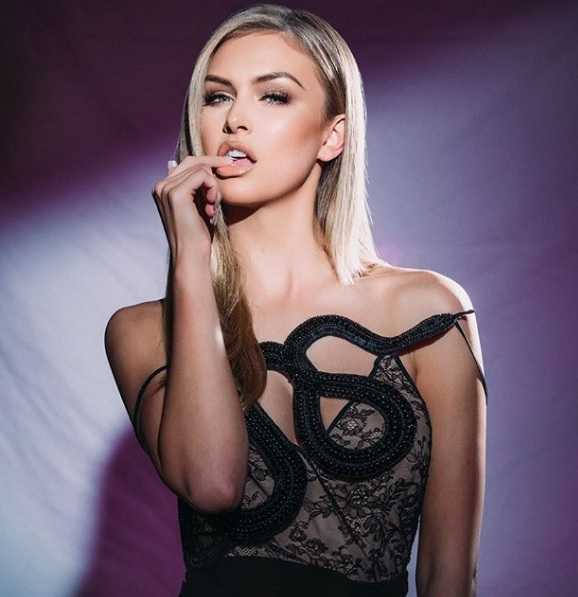 Lauryn Kent, popularly known as Lala Kent is a famous reality television personality and a businesswoman. She rose to prominence after her appearance in the series Vanderpump Rules. Previously, she had appeared in music videos and other films including The Row, Pitching Love, One Shot, Catching Faith, The Mentor, and Dudes & Dragons. She is engaged to Randall Emmett. She has over 1.1 million followers on her Instagram.

Lala kent took to Instagram to clap back those haters who criticized about her acting career. She wrote on Instagram, “I’ve been in the arts since the age of 12. When I fell in love with acting it became my craft- my baby. People can say whatever they want about roles that I book. That I had an “in”. But to play opposite Al Pacino, to deliver a monologue in front of him, that’s not just given to someone. That’s earned. Thank you @michaelpolish for being the actors whisperer. When I questioned my choices, you got me to the place I needed to be. This will go down as an iconic moment in my life. #axissally”.

What is Lala Kent Famous for?

The real name of Lala Kent is Lauryn Kent. She was born on 2 September 1990. Her birthplace is Salt Lake City, Utah, United States. She was born to a mother, Lisa Burningham, and a father, Kent Burningham. She holds American nationality. Her birth sign is Virgo. She has a brother named Easton Burningham. Her father died in April 2018. Information regarding her early life and education is currently unavailable. It will be updated soon.

Who is Lala Kent Dating?

Lala Kent is currently engaged to film producer Randall Emmett. They got engaged on 1 September 2018, a day before her birthday. Randall proposed to her on a trip to Cabo San Lucas, Mexico with a 6-carat round diamond ring worth $150,000. They started dating in 2016. However, they denied their involvement in a romantic relationship in the beginning. The pictures of their engagement can be found on her social media accounts. Lala previously dated James Kennedy for a year, whereas Randall Emmett was previously married to an actress, Ambyr Childers. Randall has two daughters named Rylee and London with his former wife Ambyr. Their divorce got finalized in December 2017.

What are Lala Kent’s Body Measurements?

What is Lala Kent’s Net Worth?

The 28-year old Lala Kent has earned some good fortune after joining Bravo’s Vanderpump Rules. She had a recurring role in the fourth and fifth season of it and was later given a lead role since its sixth season. As of 2018, the net worth of reality tv star is estimated at around $2 million. She has also a makeup line product, LALA, which consists of several beauty products.

Our contents are created by fans, if you have any problems of Lala Kent Net Worth, Salary, Relationship Status, Married Date, Age, Height, Ethnicity, Nationality, Weight, mail us at [email protected]