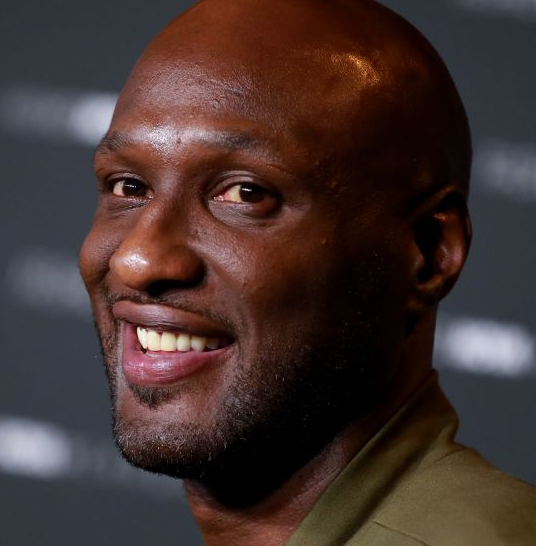 Perception rules the world. Everyone knows that. Where we live and where we're from, you just can't escape it.

Either you can do it or you can't. I think I can overcome anything I put my mind to.

If I put my mind to something and really want it, I'll go after it and get it.

Lamar Joseph Odom famed as Lamar Odom is an American professional basketball player. He is best known for his time at the Los Angeles Lakers in the National Basketball Association (NBA). He became a two-time NBA Champion with the Los Angeles Lakers in 2009 and 2010. He was named the NBA’s Sixth Man of the Year in 2011. In October 2015, Odom fell into a coma and was hospitalized with life-threatening medical problems. Odom has since recovered from his health scare and obtained drug treatment. Overall, he is a very talented person.

Hall of Fame middle linebacker Ray Lewis will prove whether he has more moves than his signature pregame dance. Lewis will be among the 12 celebrities competing on the 28th season of ABC’s “Dancing with the Stars,” it was announced Wednesday. The only other professional athlete on this season’s show is Lamar Odom, a two-time NBA champion. Throughout his 17-year career, Lewis was known for coming out of the tunnel during player introductions and performing his squirrel dance, a five-second gyration to Nelly’s song “Hot In Herre” that often ignited fans, teammates and even opposing players into a frenzy. Odom, 39, was one of four former NBA players “deactivated” by the Big3 last month. He last played in the NBA for the LA Clippers during the 2012-13 season. Former NFL players have been successful on the program. Past winners include Emmitt Smith, Hines Ward, Rashad Jennings, and Donald Driver. Jacoby Jones, one of Lewis’ former Ravens teammates, finished third in 2013. The show debuts on 16th September at 8 p.m. ET.

Lamar Odom was born on 6th November 1979, in Jamaica, New York, USA as Lamar Joseph Odom. He ethnicity is African-American and his nationality is American. His parents’ name is Joe Odom (father) and Cathy Mercer (mother). His father was a heroin addict and his mother died of colon cancer when he was twelve years old. After that, he was raised by his maternal grandmother, Mildred Mercer. He was educated at Christ The King Regional High School in Middle Village, Queens, where he played basketball for three years. After that, he was transferred to Redemption Christian Academy in Troy, New York. Later, he attended St. Thomas Aquinas High School in New Britain, Connecticut. He also attended the University of Rhode Island. As of 2018, he celebrated his 39th birthday. His other early life information will be added soon.

Lamar is a very handsome person and his body build is athletic. He has a good height of 6 Feet and 10 Inches (2.08 m) and his body weight 104 kg. He has black hair color and his eye color is also black. His chest size is 49 inches, his chest size is 17 inches and his waist size is 40 inches. His other body measurements will be added soon.

Net Worth of Lamar Odom

Lamar Odom is a professional basketball player and he has earned a huge amount of money from his career. He had an annual salary of $8.2 million dollars and he has a net worth of $30 Million. As of today, he is living a luxurious lifestyle from his earning and he is satisfied with his earnings.

Our contents are created by fans, if you have any problems of Lamar Odom Net Worth, Salary, Relationship Status, Married Date, Age, Height, Ethnicity, Nationality, Weight, mail us at [email protected]