Lance Reddick is an American actor and musician. He is best known for playing Cedric Daniels in The Wire and Phillip Broyles in Fringe. 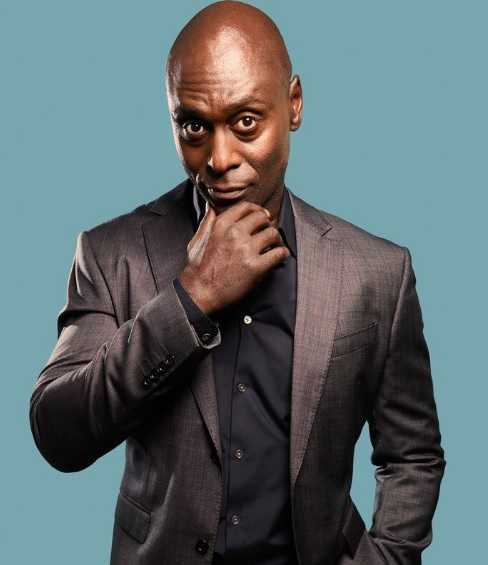 Lance Reddick is an American actor and musician. He is best known for playing Cedrick Daniels in The Wire, Phillip Broyles in Fringe, Detective Johnny Basil on Oz, and Matthew Abaddon in Lost. He has also given voice in several films. As a singer, he released his debut album, Contemplations & Remembrances in 2007.

What is Lance Reddick Famous For?

– Playing Cedrick Daniels in The Wire, Phillip Broyles in Fringe, Detective Johnny Basil on Oz, and Matthew Abaddon in Lost.

Where was Lance Reddick Born?

Lance Reddick was born on 31 December 1962. His birthplace is in Baltimore, Maryland in the United States. He holds an American nationality. He belongs to the African-American ethnicity. His zodiac sign is Capricorn.

He attended Friends School of Baltimore. He also studied at the Peabody Preparatory Institute and a summer program teaching music theory and composition at the Walden School. He also attended the Eastman School of Music at the University of Rochester. After Rochester, he moved to Boston, Massachusetts. He enrolled in the Yale School of Drama in 1991.

He made his television debut in an episode of an American police drama New York Undercover in 1996.

He has also appeared in numerous television films such as The Fixer, What the Deaf Man Heard, Witness to the Mob, and Keep the Faith, Baby.

He made his film debut as Anton Le Farge in the contemporary film adaptation of Charles Dicken’s 1861 novel, Great Expectations in 1998.

His major films are White House Down, Oldboy, John Wick franchise, The Domestics, Little Woods, among others.

He had voice roles in the short film, Parallel Man: Infinite Pursuit.

His upcoming films are Angel Has Fallen, Godzilla vs. Kong, and Sylvie.

He released his debut album, Contemplations & Remembrances in 2007.

He has appeared in several video games including 50 Cent: Blood on the Sand, Destiny, Quantum Break, Payday 2, Horizon Zero Dawn, and Destiny 2.

Who is Lance Reddick Married To?

Lance Reddick is a married man. He is married to Stephanie Day. The couple got married in 2011. No other personal information regarding him is currently unavailable.

How Tall is Lance Reddick?

Lance Reddick stands at a height of 1.91 m i.e. 6 feet and 3 inches tall. He has a slim body build. His other body measurements are currently unavailable. He has dark brown eyes and his hair color is dark brown. He usually keeps his head bald.

What is Lance Reddick Net Worth?

Lance Reddick earns from his acting career. He has appeared in numerous hit films and television series. As of 2019, his net worth is estimated at $3 million.

Our contents are created by fans, if you have any problems of Lance Reddick Net Worth, Salary, Relationship Status, Married Date, Age, Height, Ethnicity, Nationality, Weight, mail us at [email protected]