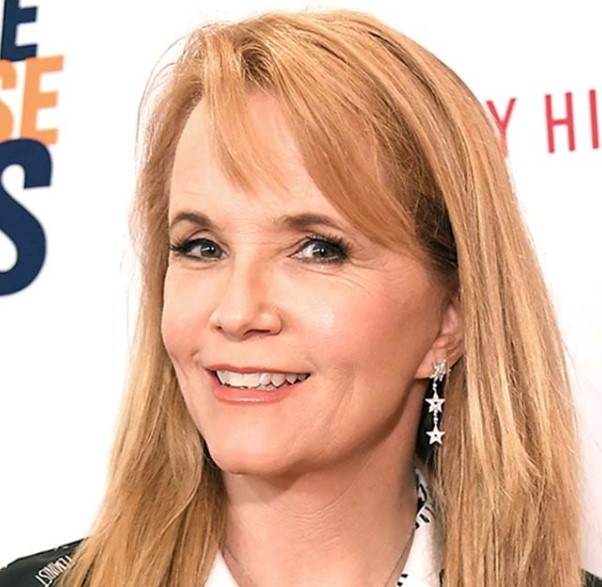 Lea Thompson is an American actress, director, and television producer who is mostly known for her role as Lorraine Braines in the comedy film series “Back to the Future trilogy”. She also appeared in movies like “All the Right Moves”, “Howard the Duck”, and “The Beverly Hillbillies”. Thompson even won the American Movie Awards for best actress for her role in the film “The Trouble with the Truth”.

Thompson is also known for her relationship with her only husband, Howard Deutch, their 2 daughters, Madelyn and Zoey. Besides, in early August 2020, she agreed and backed Brat Garrett’s claims about mean behavior behind the scenes on the popular show, “The Ellen DeGeneres Show”.

What is Lea Thompson Famous for?

Where was Lea Thompson Born?

Lea Thompson was born on May 31, 1961, in Rochester, Minnesota, United States. Her birth name is Lea Katherine Thompson. American is her nationality. Her ethnicity is white caucasian while her zodiac sign is Gemini.

Thompson was born as one of five children of Clifford Barry Thompson(father) and Barbara Barry Thompson(mother). Her father, Clifford was a musician. Le grew up along with her two sisters, Coleen and Shanon and two brothers, Andrew(ballet dancer) and Barry in her hometown, Minnesota.

She started learning ballet at a very young age as by the age of 14, she already had become a professional dancer and even won scholarships to American Ballet Theatre, the San Francisco Ballet and the Pennsylvania Ballet.

However, for not having the right body to become a prima ballerina, she switched her focus to acting. At the age of 20, she moved to New York subsequently, she performed in a number of Burger king Advertisements in the 1980s along with Sarah Michelle Gellar and Elisabeth Shue.

Who is Lea Thompson Married to?

Lea Thompson is married to Howard Deutch. Deutch is an American film and television director with whom she met for the first time on the set of “Some Kind of Wonderful”(1987). Two years after their first meet, they got married in 1989.

They welcomed their first daughter named Madelyn Deutch in 1991 and their second daughter, Zoey Francis in 1994. Both of their daughters are successful actresses. With her youngest daughter, Zoey she even sang on stage in the Bye Bye Birdie production for the 16th annual Alzheimer’s Association “A Night at Sardi’s” in March 2008.

Besides, Thompson admitted that she was dating and was apparently engaged to popular actor, Dennis Quaid at the 1982-83 timeframe while they were filming “Jaws 3-D” together.

On July 31, 2020, Brad Garrett tweeted about mean behavior behind the scenes on the popular show, “The Ellen DeGeneres Show” for which Thompson also backed and agreed with Garrett’s claim that it was common knowledge that the host, Ellen treated people horribly with a tweet: “True story. It is”.

What is the Net Worth of Lea Thompson?

Lea Thompson has quite good earnings from her professional career as an actress and also as a director. Having started her career since 1983, Thompson has undoubtedly managed to amass a healthy fortune from her several movies and appearances. Her net worth is estimated to be around $14 million.

How Tall is Lea Thompson?

Lea Thompson is a gorgeous lady in her late-50s. With her fascinating beauty and marvelous acting, Thompson has managed to win several hearts all around the world. She stands tall with a height of 5ft. 4inch.(1.63m) while her body weighs around 54kg(119 lbs).

She has a perfect well-maintained slim body physique of measurement 35-24-35 inches with 35B as her bra size, 4(US) as her dress size, and 6(US) as her shoe size. She has a fair complexion with red-dyed hair and light brown eyes.

Our contents are created by fans, if you have any problems of Lea Thompson Net Worth, Salary, Relationship Status, Married Date, Age, Height, Ethnicity, Nationality, Weight, mail us at [email protected]