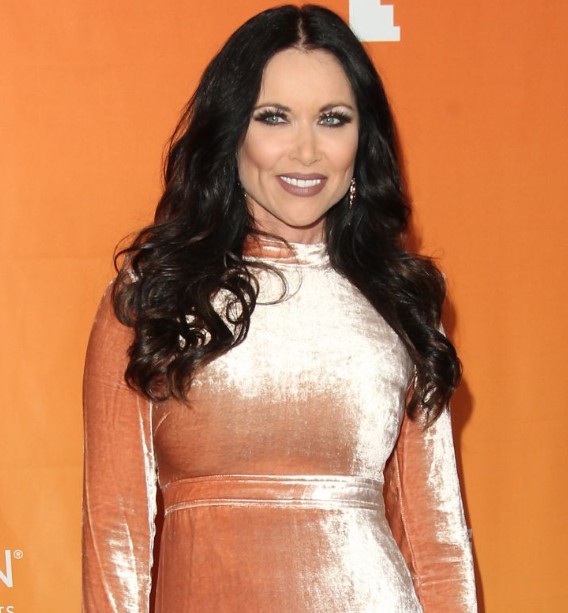 LeeAnne Locken is an American reality television personality who is best known for her appearance as one of the contestants in the popular Bravo TV show, “The Real Housewives of Dallas”. Locken has also appeared in several other TV shows including “Big Rich Texas”, “Chase” and “GCB”. Locken was also one of the top 10 participants of the 1989 Miss USA. Besides, she is quite popular in social media sites with over 800k followers on her Instagram account: @leeannelocken.

What is LeeAnne Locken Famous for?

Where was LeeAnne Locken Born?

LeeAnne Locken was born on June 7, 1967, in Pasadena, Texas, United States. Her birth name is LeeAnne Locken. Her nationality is American. Locken belongs to White ethnicity while Gemini is her zodiac sign.

LeeAnne was raised by her grandparents in her hometown where she completed her high schooling. Later, she joined the University of Houston, and soon after graduating she moved to Chicago to pursue her career in modeling and later to Los Angeles for her television work. She managed a handful of modeling and hosting/anchoring gigs, mostly on local Dallas TV.

She got her first break after she participated in the 1989 Miss USA pageant and even managed to reach up to Top 10. After that, she appeared in a cameo appearance in “Miss Congeniality” with Sandra Bullock.

Who is LeeAnne Locken Married to?

LeeAnne Locken is married to her long-term boyfriend, Rich Emberlin. Emberlin is also an actor and television personality mainly known for his work in the movie, “Trafficked”.

Rich and Locken dated for over 8 years and got engaged in October 2016 at Texas State Fair in Dallas, two years before they got married on April 27, 2019, at the Cathedral of Hope in Dallas. Their wedding was a big ceremony which in fact was Rich’s third marriage. LeeAnne is actual the step-mother of Rich’s child from his previous marriage, Elise Emberlin.

Previously, LeeAnee had a sour relation with her The Real Housewives of Dallas co-star, Cary Deuber during the second season in 2017. She even accused Cary’s husband that Cary had been physically involved with other men.

Besides, she is also known to be a charitable person with a big heart as she attends various charity events and donates to several needy organizations. She is even involved with Legacy Counseling, SPCA of Texas, The Fashionistas, AIDS Services Dallas, and the Design Industries Foundation Fighting AIDS.

Also, she had some health issues back then as she even said that her health scare was the worst phase of her entire life that took her three months to heal as she had been contracted with a sensitive flesh-eating bacteria. She also battled depression, low self-esteem, and insecurity.

How Tall is LeeAnne Locken?

LeeAnne Locken is a gorgeous lady in her 50s. Locken has a well maintained slim body physique even when she is in her 50s. She stands tall with a height of 5ft. 8inch.(1.73m). She has a fair complexion with black hair and sparkling blue eyes.

What is the Net Worth of LeeAnne Locken?

LeeAnne Locken has quite great earnings from her professional career as a reality TV star. Working as one of the participants of “The Real Housewives of Dallas” for 4 years, Locken has managed to amass thousand dollars as her salary. Her estimated net worth is around $1.5 million.

LeeAnne also makes a few more fortune from her previous works in movies and commercial ads. She also has a YouTube channel, “LeeAnne Locken”, where she has 5.6K subscribers, which also adds more fortune.

Our contents are created by fans, if you have any problems of LeeAnne Locken Net Worth, Salary, Relationship Status, Married Date, Age, Height, Ethnicity, Nationality, Weight, mail us at [email protected]