Leon Patrick Bailey is a Jamaican professional footballer who plays as a winger for Bundesliga club Bayer Leverkusen and the Jamaica national football team. 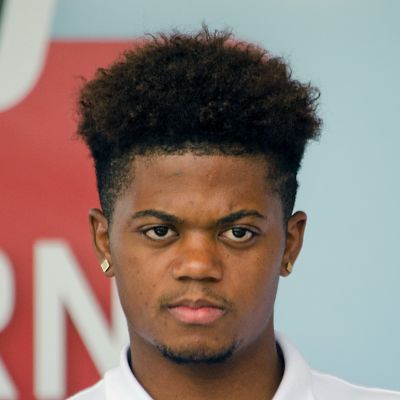 Leon Patrick Bailey, professionally known as Leon Bailey is a Jamaican professional football player. He plays as a winger for Bundesliga club Bayer Leverkusen and the Jamaica national team. He started his senior football career at Belgian club Genk before playing in Germany. He represented the Jamaica youth team before making his senior international debut in 2019.

What is Leon Bailey Famous For?

Where was Leon Bailey Born?

Leon Bailey was born on 9 August 1997. His birth name is Leon Patrick Bailey. His birthplace is in Kingston in Jamaica. He holds Jamaican nationality.

He joined Phoenix All-Stars Academy in 2009. His adoptive father, Craig Butler operated the academy. He went to Europe with Butler and Butler’s son Kyle. He played his youth career for Austrian club FC Liedering and Slovak Trencin. He gave trial at Belgian club KRC Genk as well. Due to the strict regulations on minors by FIFA, Genk signed a draft agreement with Bailey. Genk later offered Butler a job with a sponsor of the club. Butler and his players had to retreat after the Labour Ministry heard of the matter. Because butler had no work permit, they returned back to Jamaica. Fifa rules did not permit a player under eighteen years to sign a professional contract with a football club. He went to AS Trencin at the beginning of 2015 to sign a contract.

He transferred to KRC Genk later in 2015.

He made his Belgian Pro League debut against Sint-Truiden in August 2015.

He scored his first professional goal against OH Leuven in November 2015.

He won the Belgian Young Footballer of the Year award at the end of the 2015-16 season.

For the 20-16-17 season, UEFA chose his goal against Rapid Wien as the top goal of the competition.

He finished his stint at Genk with 16 goals in 77 appearances in all competitions.

English clubs Manchester United and Chelsea were interested in Bailey.

However, he signed with German club Bayer Leverkusen in January 2017. He signed a 20 million Euro contract with the club.

He made his Leverkusen debut against Hamburg in February 2017.

He made his Champions League debut against Atletico Madrid in the same month.

He scored his first goal for Leverkusen in the first game of the 2017-18 season in the German Cup victory against Karlsruher SC in August 2017.

He scored his first Bundesliga goal against FC Schalke 04 in September 2017.

He led the club to finish 5th in the Bundesliga with 12 goals in 34 appearances.

Bailey represented the Jamaica U23 team in a friendly match against the Cayman Islands. He scored in the game as well.

He was named to the Jamaican provisional squad for the 2019 CONCACAF Gold Cup.

He made his senior international debut against Honduras in June 2019.

Who is Leon Bailey Dating?

The Jamaican footballer Leon Bailey is reportedly dating Shenseea. More information about his personal life will be updated soon.

How tall is Leon Bailey?

Leon Bailey stands at a height of 1.78 m i.e. 5 feet and 10 inches tall. He has an athletic body build. He has dark brown eyes and his hair color is black.

What is Leon Bailey Net Worth?

Leon Bailey earns from his professional football career. The recipient of Belgian Footballer of the year for the 2015-16 season is one of the aspiring singers. His income comes from salary, contracts, and endorsements. He signed a 20 million Euro deal when he joined the German club. His annual salary at Leverkusen is reported at 4 million euros. His net worth will be updated soon.

Our contents are created by fans, if you have any problems of Leon Bailey Net Worth, Salary, Relationship Status, Married Date, Age, Height, Ethnicity, Nationality, Weight, mail us at [email protected]