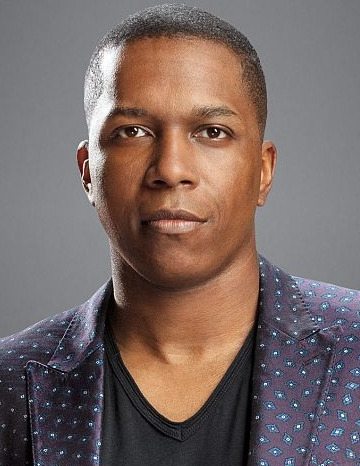 An American actor and singer is named for Leslie Odom Jr. Moreover, he is also a writer. He has performed on Broadway and in television and film and has released three solo jazz albums. He made his Broadway debut at the age of 17. He was cast in the role of Paul in the rock musical show, “Rent”. He is known for originating the role of Aaron Burr in the Broadway musical Hamilton, a performance for which he won the 2016 Tony Award for Best Actor in a Musical and the Grammy Award for Best Musical Theater Album as a principal vocalist. In 2003, he made his first TV show appearance in ‘The Best Defense’ episode of the police drama series, “CSI: Miami”. In the year 2012, he made his theatrical film debut in the war movie, “Red Tails”, which had Cuba Gooding Jr. and Terrence Howard in the lead role. In August 2014, Leslie Odom Jr. independently released his debut album, “Leslie Odom Jr.” The expanded and revised version of the album was released by S-Curve Records in June 2016. In March 2018, he published his first book, Failing Up: How to Take Risks, Aim Higher, and Never Stop Learning, which aimed to inspire young readers. In the summer of 2003, he moved to Los Angeles in search of better acting opportunities. In February 2018, Odom was hired to perform America the Beautiful in the NBC Broadcast of Super Bowl LII.

Leslie Odom Jr. Almost Walked Out On The Movie

The release of “Hamilton” on Disney+ has led to a big increase in interest and gains positive attention. But Leslie Odom Jr., who stars as Aaron Burr, almost chose not to participate and nearly walked away from the opportunity shortly before they began to shoot the film. There is no “Hamilton” without Aaron Burr. He serves not only as of the lengthy story’s narrator but also ends up being the figure behind many of the pivotal moments in the musical, including the murder of the musical’s eponymous Founding Father. For those who’ve been fans of the musical since it first hit Broadway in 2015, it would have been hard to picture anyone but Leslie Odom Jr. bringing him to life in the Hamilton film. found himself faced with a tough decision when he and the rest of Hamilton’s original Broadway cast were asked to participate in the filming of their stage performance for the movie. He told the Armchair Expert Podcast that he wanted to make sure he was being paid what he knew his participation was worth: “They came to me with an offer and you know, ‘Leslie, we’re shooting tomorrow.’ Here’s the thing: This is it. This is my area of expertise. This is all I have. This is my life’s work on the stage, too. And so I just can’t sell it away for magic beans. I can’t give it away”. “So I can ask CAA (Creative Artists Agency), ‘What does my white counterpart, what does Aaron Tveit make to do Grease Live! on TV? What does he make to do Grease? This is Hamilton live, right?” Odom continued. “So when I found out what he made, I didn’t ask for a penny more. I didn’t ask for one penny more, but I said, ‘You must pay me exactly what that white boy got to do Grease Live!’ That’s the bottom line.” He wanted to be paid the same as a white actor doing the filmed version of a live musical.

What is the Birthplace of Leslie Odom Jr.?

On 6th August 1981, Leslie Odom Jr. was born in Queens, New York City, the USA. His nationality is American and his ethnicity is African-American. His race is black and his Zodiac sign is Leo. His family later moved to the East Oak Lane section of Philadelphia, where he grew up. Regarding his siblings, he has a younger sister. As per his education, he received his middle school education from Julia R. Masterman School. Later, he studied at Philadelphia High School for Creative and Performing Arts. Then, he got enrolled at the School of Drama at Carnegie Mellon University in Pittsburgh, Pennsylvania. He was raised in a Baptist household as per his religion where he sang solos in the church choir. As per his residence, he divides his time between Los Angeles and New York City. As of 2020, he celebrated his 39th birthday.

How was the Career of Leslie Odom Jr.’s Career?

As a writer, he had a book deal for “Failing Up: How to Take Risks, Aim Higher, and Never Stop Learning” in June 2017 which was published by an imprint of Macmillan in March 2018, “outlines the setbacks and rejections that preceded his success.”

Starting his career since 1998, he has acted in many films and TV shows receiving many awards. Some of his awards which he won include Grammy Award, Tony Award, Princess Grace Award, Fred, Adele Astair Award. He has been nominated for Rama League Award, Drama Desk Award, Lucille Lortel Awards, Broadway Audience Awards. His best awards include Grammy Award for Best Musical Theater, Album for Hamilton, and Tony Award for Best Actor in a Musical for “Hamilton”.

Who is Leslie Odom Jr.’s Wife?

Leslie Odom Jr. is a married man. He married his longtime girlfriend Nicolette Kloe Robinson who is an actress by profession. The duo married on 1st December 2012. The couple met in 2008 while Robinson was a student at UCLA and auditioned for “Once on This Island” in Los Angeles. Robinson had auditioned but wasn’t selected initially. However, when another cast member left the show, Robinson was brought in. Odom was tasked with briefing her about her role and bringing her up to the speed. They started dating soon after. The married couple is also blessed with a daughter named Lucille Ruby, born on 23rd April 2017. As of today, the duo is living a happy life without any kind of disturbance. He is straight by sexual orientation and he is not gay.

What is the Net Worth and Salary of Leslie Odom Jr.?

Born with multiple talents (Acting, Writing, Singing), Leslie Odom Jr.’s net worth is estimated to have $10 Million. His salary was around $98,800 as of 2016 while casting in “Hamilton”. Later, his salary goes up around $130,300 a year. As of today, there is no doubt in the mind of his followers that he is making a considerable amount of salary from his career. Additionally, he has appeared in a TV commercial for National Insurance. He has also been featured in an endorsement campaign for Fossil. He is satisfied with whatever he is receiving at present. His major source of earning is from acting career whereas his secondary earning is from singing career and writing career.

How tall is Leslie Odom Jr.?

Being born in black ethnic background, Leslie Odom Jr. is a very handsome and charming man attracting a lot of people towards him with her talented and leadership personality. With an average body build, Leslie Odom Jr. stands at the tall height of 5 ft 9 in or 176 cm with a balanced bodyweight of 73 Kg or 161 lbs. His eye color is black and hair color is also black. He has neat short-trimmed hairdo. Overall, he has got a perfect health condition as of now. He works out with his personal trainer Thiago Passos in the gym to make sure that his body is well prepared for the grueling demands of the Broadway shows.

Our contents are created by fans, if you have any problems of Leslie Odom Jr. Net Worth, Salary, Relationship Status, Married Date, Age, Height, Ethnicity, Nationality, Weight, mail us at [email protected]