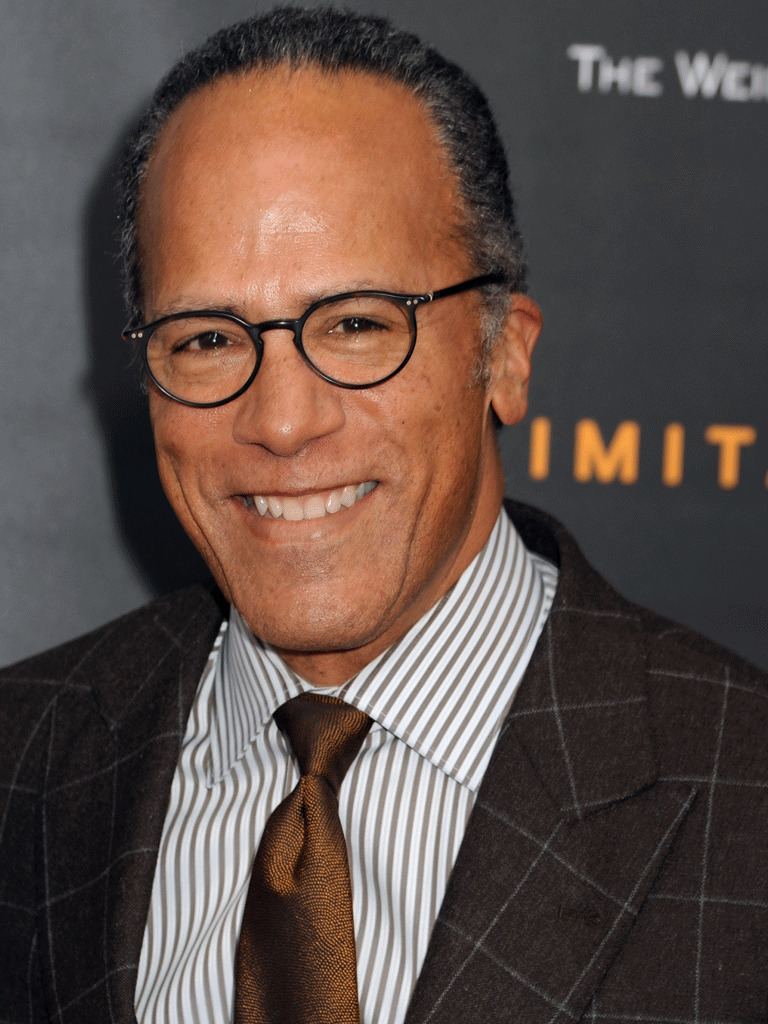 This famous American journalist, Lester Holt was born on 8th March 1959 in Marin County, California, United States of America. Lester holds an American nationality. His star sign is Pisces and belongs to a multiracial ethnical background. Lester was born to parents, June and Lester Don Holt. As for his education is concerned, Lester completed his high school graduation from ‘Cordova High School’ in 1977. Later, he got enrolled at ‘California State University’. However, he didn’t graduate from the University.

Turning some pages of his personal life, renowned American journalist Lester Holt’s current relationship status is married. Lester tied a knot in a marital relation with a beautiful lady named Carol Hagen in 1982. Since getting married to date, there is not any news published about the couple that they are going through a divorce or getting separated. It seems like that Lester is sharing strong love affection and bond with his wife, Carol. Looking at her happy and successful marriage life, they don’t seem to end their relationship with divorce in the future as well. From being in a marital relation with his wife Carol Hagen, Lester is blessed with two sons named Stefan and Cameron Holt.

Lester Holt, 57 years aged exuberant and strong media personality has earned a lot of respect in the journalism world through his unique and adorable television presentation skill. All the audiences attached to his show whenever he comes in front of the television screen to present his shows. Charismatic news anchor, Lester Holt has an athletic body. He stands with a tall height of 6 feet 2 inches. Many people’s favorite news journalist, Lester Holt has short brown dark-colored hair.

Lester Holt started his journalism career in 1981 by working as a reporter at NewYork based television station ‘WCBS-TV’. After a year serving at WCBS-TV, he started working as a reporter and anchor at Los Angeles-based TV station ‘KNXT’. However soon after serving a year, he returned back to WCBS-TV working as a reporter and anchor. In the year 1986, Lester Holt shifted his place to Chicago where he worked as an evening anchor for ‘WBBM-TV’. In 2000, Lester Holt became associated with ‘MSNBC’. After three years serving at MSNBC, he was hired as a substitute anchor on ‘NBC Nightly News and Today’. In 2007, Lester Holt was appointed as a full-time anchor for NBC’s show ‘NBC Nightly News’. With NBC, he also hosted other special shows for ‘The History Channel’. He also worked as a sports desk reporter for ‘NBC Sports’ to cover the 2008 Summer Olympics. Besides his work association with NBC News and other television stations, Lester Holt has also appeared in several cameo appearances in some movies and television series. Lester has appeared in a cameo role in the movies like ‘The Fugitive’ and ‘Primal Fear’.

At the start of 2016, one of the most adorable and loved American journalists Lester Holt has earned an estimated net worth amount of $12 million dollars.

Widely admired television news anchor and journalist, Lester Holt has been honored with many awards in his career. In the year 1990, Lester Holt was awarded ‘Robert F. Kennedy Journalism Award for working on CBS’s show ’48 Hours: No Place Like Home’. He also received Honorary Doctorate from ‘Pepper University’ and ‘California State University’. In year 2015, Lester was inducted into the ‘California Hall of Fame’. For more news and recent updates, his fans can follow him on his Twitter account @LesterHoltNBC.

Our contents are created by fans, if you have any problems of Lester Holt Net Worth, Salary, Relationship Status, Married Date, Age, Height, Ethnicity, Nationality, Weight, mail us at [email protected]