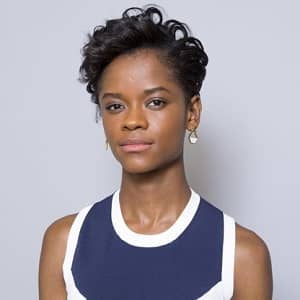 Letitia Wright is a Guyanese-British actress. After starting her career with several TV series, she starred in an episode of ‘Doctor Who’ and ‘Black Mirror’. In 2018, she achieved worldwide recognition for her portrayal of Shuri in ‘Black Panther’, a role she reprised in ‘Avengers: Infinity War’ and ‘Avengers: Endgame’.

How old is Letitia Wright?

Letitia Wright was born as Letitia Michelle Wright on October 31, 1993, in Georgetown, Guyana. As of 2020, her age is 26. At the age of seven, she moved to London, England, and grew up in Tottenham. She has claimed that she will always be a ‘North London girl’. She has not revealed the identities of her parents but her mother was an accountant and teacher whereas her father worked in agriculture and security.

Her ethnicity is Guyanese.

In 2011, she made her debut with two appearances in Holby City and Top Boy. The following year, she had a small role in My Brother the Devil. In 2015, she got her first leading role in Urban Hymn. The same year, she made an appearance in an episode of Doctor Who.

Also, she appeared in the play Eclipsed in London’s Gate Theatre. She gained more fame and recognition in 2017 starring in the ‘Black Mirror’ episode, ‘Black Museum’. Her performance became critically acclaimed and her performance earned her a nomination for the Primetime Emmy Award for Outstanding Supporting Actress in a Limited Series or Movie.

In 2018, her fame reached the next level with the 2018 Marvel Cinematic Universe Blockbuster, Black Panther, portraying Shuri, the titular character, King T’Challa’s sister. The movie also starred Chadwick Boseman, Michael B. Jordan, etc. For her performance in the movie, she received the NAACP Image Award for Outstanding Breakthrough Performance in a Motion Picture. She reprised the role in Avengers: Infinity War and Avengers: Endgame, the latter of which is the highest-grossing film of all-time.

In 2018, she appeared as Reb in Ready Player One. The same year, she featured in a play called The Convert in England/London. She portrayed the character, Jekesai, a young Rhodesia girl forced into marriage by her uncle, but luckily saved by Chilford.

More accolades followed in 2019 as she won the BAFTA Rising Star Award. In 2020, she will be appearing in Death on the Nile.

What is the Net Worth of Letitia Wright?

Letitia Wright has an estimated net worth of around $3 million as of 2020. Her performances have earned her several accolades and critical acclaim and she is also expected to have more roles in the future. She has featured in some of the world’s highest-grossing movies of all-time such as ‘Black Panther’, ‘Avengers: Infinity War’, and ‘Avengers: Endgame’.

How tall is Letitia?

Wright stands at a height of 5 feet 6 inches and weighs around 51 kg. Her body measurements for breasts, waist, and hips are 32-23-32 inches. Her hair color is black and her eyes are dark brown in color.

Is Letitia Wright in a relationship?

Letitia Wright is currently single. She is career-focused and private about her personal life. There have been rumors about her dating John Boyega but those have proved to be false.

Our contents are created by fans, if you have any problems of Letitia Wright Net Worth, Salary, Relationship Status, Married Date, Age, Height, Ethnicity, Nationality, Weight, mail us at [email protected]