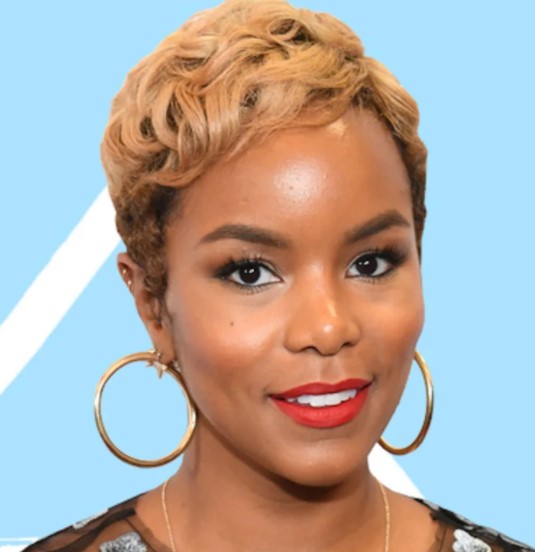 LeToya Luckett is an American singer-songwriter and actress, who is well-known as a former member of the R&B girl group, “Destiny’s Child”, together with whom she won two Grammy Awards. After being on the group which was one of the best-selling girl groups of all time for almost 7 years, she made her solo debut with the platinum-certified album, “LeToya”(2006), which topped the U.S. Billboard 200 albums chart.

She was also named “One of the Best New Artists of 2006” by AOL and the “Top Songwriter of 2006” by ASCAP following the release of the album. Luckett also has a successful acting career and has been cast in several series and movies including “Preacher’s Kid”, “Treme”, “Single Ladies”, “Killers”, “Friends And Family Hustle” and “Greenleaf”. On August 11, 2020, it was revealed that her husband, Tommi Walker has allegedly cheated on her.

Besides, she is quite active in social media sites with over 816k followers on her Twitter: @LeToyaLuckett and over 2.5 million followers on Instagram: @letoyaluckett.

What is LeToya Luckett Famous for?

Where was LeToya Luckett Born?

LeToya Luckett was born on March 11, 1981, in Houston, Texas, United States. Her birth name is LeToya Nicole Luckett. Her nationality is American. Luckett belongs to African-American ethnicity while Pisces is her zodiac sign.

LeToya was born as the oldest child of her parents. She grew up along with her younger sibling, singing in her local Brentwood Baptist Church. Her father, was also a singer, and was supportive and very proud of his daughter’s vocal talents and tried to get her in the music business from an early age.

She even took vocal lessons to become an opera singer, also she sang her first solo at the age of 5. Shortly thereafter, she joined the children’s choir and began performing in plays at her elementary school.

While in school, she once asked her teacher to remove the girl(who turned out to be Beyoncé Knowles) from her assigned seat, but later they became friends and she was invited to join Beyoncé’s singing group, “Girls Tyme”, which later became “Destiny’s Child”.

Who is LeToya Luckett Married to?

LeToya Luckett has been married twice to date. Luckett’s first marriage was with Rob Hill Sr., a motivational speaker with whom she reportedly got engaged in 2015. After a year of dating, the couple got married in January 2016, however, just after only 2 months of marriage, they had called it a quit. Her first marriage was very short that didn’t even last for 2 months, shortly after she got engaged to Tommicus Walker which she announced via her Instagram in August 2017.

Walker is an American entrepreneur with whom she got married in a lavish ceremony at Villa Antonia in Austin, Texas on December 10, 2017. Just after 6 months of their marriage, they announced expecting their first child together in June 2018.

They welcomed their first daughter, Gianna Iman Walker, on January 4, 2019, and shortly after in March 2020, the couple announced of expecting their second child together and even held a virtual baby shower on Saturday, August 8, 2020. However, now things have turned completely opposite after the death of Tommi’s mother who died of cancer earlier. LeToya also revealed that she believes she’s not a priority for Tommi, only his daughter.

On August 11, 2020, Tuesday, Walker was accused of allegedly having cheated on Luckett with a “side chick” while the couple awaits the birth of their second child. The woman, said to be an Instagram model from Dallas, Texas, claimed that Walker was also sleeping with another woman days before they slept together.

What is the Net Worth of LeToya Luckett?

LeToya Luckett has quite good earnings from her professional career as a singer and also as an actress. Having started her career since 1993 initially as “Destiny’s Child”, Luckett has come a long way up establishing herself as an artist in her over a 27-year long career. She also makes money from her several appearances in series and movies. Her net worth is estimated to be around $8 million.

Luckett also became the new face of Luster’s Hair Care replacing Karyn White in 2010, appearing on the product line’s boxes, billboards, and commercials. She is also the owner of “Lady Elle Boutique”, an upscale women’s boutique which she opened in 2003 and later, its second location in The Galleria in Houston, Texas in 2008.

Following the release of her first solo album, Luckett became involved in philanthropic activity. She has participated in various events like the “Women in Entertainment Empowerment Summit”, “Hip-Hop Summit Action Network ‘Get Your Money Right

How Tall is LeToya Luckett?

LeToya Luckett is a gorgeous lady in her late-20s. With her charming personality and soothing voice, Luckett has managed to win million hearts all around the world. She stands tall with a height of 1.70m while her body weighs around 56kg. She has a dark complexion with hair and brown eyes.

Our contents are created by fans, if you have any problems of LeToya Luckett Net Worth, Salary, Relationship Status, Married Date, Age, Height, Ethnicity, Nationality, Weight, mail us at [email protected]