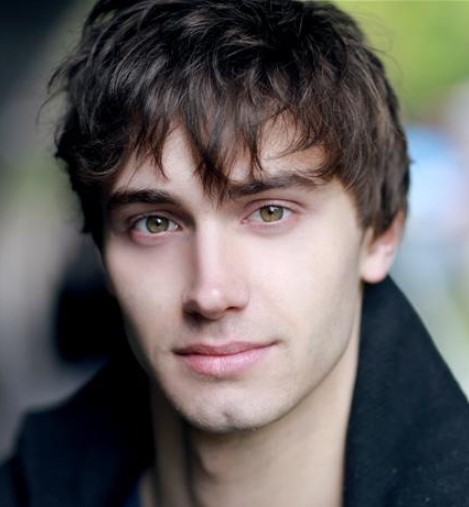 What is Lewis Rainer famous for?

An English born actor Lewis Rainer was born on October 4, 1989, in England. He holds a British (United Kingdom) nationality. He is of English white ethnicity. He has not stated the identification of his father and mother in any of his social media until now. He has also not revealed anything about his siblings either about her childhood until now. As per his education, he is a graduate of the Guildford School of Acting, nothing much information was revealed about his education. His religion is Christianity and He is Libra by his zodiac sign and his zodiac animal is Serpent.

He has huge fan followers on social media.

Lewis Rainer is an actor, known for A Hologram for the King (2016), And Then I Was French (2015) and FlySpy (2016). He is best known for having a starring role in the 2013 TV-movie The Crash. He appeared on the TV thriller Dracula alongside actor Jonathan Rhys Meyers.

He was then cast in a science fiction series, Doctor Who in two e episodes in 2005 as Daniel Davenport which was his debut tv-series and got roles in TV films, The Rise and The Crash in 2012 and 2013 respectively. In the 2015 year, he had a role in another series,  X company as Peter. He is now one of the most popular actors in the British TV series and the Netflix series.

His other most-watched TV series and films include Flyspy in 2016 (It’s a movie about a young genius deviant uses a radio-controlled drone fly with a camera in its head to spy on his ex-girlfriend.

A Hologram For The King in 2016 as in a role of Young Ron (The movie is about a failed American sales rep looks to recoup his losses by traveling to Saudi Arabia and selling his company’s product to a wealthy monarchy).

A romantic movie The Girl From The Song in 2017 as Eric and the movie is about A Young musician travels to Burning Man, a unique event in the middle of the Nevada desert, in an attempt to get back the impetuous girl he has fallen in love with.

He has also starred a movie named And Then I was French in 2016 as Jay and After Louise as Steve in 2019. The movie is about Newlywed Kath takes off on a spur-of-the-moment road trip and accidentally kidnaps a reclusive gardener with a disturbing past.

Besides acting career, he is also a musician. He plays guitar and is currently associated with a band called “The Heartless Project”.

He has played numerous and tremendous acts in tv series and in movies but unfortunately, he has not been nominated for any categories.

Who is Lewis Rainer Dating?

How tall is Lewis Rainer?

Lewis Rainer is a handsome hunk with a slim body build. He has a fit body and He stands at a height of 6 feet. Whereas his other body measurements such as weight, biceps size, waist size, chest size, dress size, and shoe size are unknown. He has a pair of green eyes and his hair color is dark brown. Overall, he has got a healthy body with a charming smile.

What is the Networth of Lewis Rainer?

His primary source of earning is from a TV career. Whereas his exact salary is unknown at present. Lewis Rainer is a very famous TV actor who has played numerous tv shows and movies. With his career as an actor, he has accumulated a huge amount of money. As of 2020, his estimated net worth of Lewis Rainer is approx. $3 Million.

Our contents are created by fans, if you have any problems of Lewis Rainer Net Worth, Salary, Relationship Status, Married Date, Age, Height, Ethnicity, Nationality, Weight, mail us at [email protected]