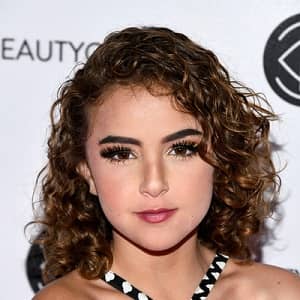 Lexy Kolker is an American child actress famous for her portrayal of Chloe in the 2018 movie, ‘Freaks’. Some of her other famous works include the portrayal of Mary in ‘Shooter’, and Robin in ‘Agents of S.H.I.E.L.D’.

How old is Lexy Kolker?

Alexa Kolker, who goes by Lexy Kolker, was born on August 17, 2009, in California, US. As of 2020, her age is 10. She was born to parents, Doug Kolker (father) and Sandrine Koker (mother). Lexy does have an older sister named Ava Kolker who is also an actress. She is famous for her roles as Ava Morgenstern in Girl Meets World (2014–2017), and Olive Rozalski in Sydney to the Max. She also has two other sisters named Kayla and Jade.

Kolker loved acting from a very young age. Her ethnicity is Caucasian.

How did Kolker pursue her career as a child actress?

Lexy Kolker began acting as a toddler. Her first acting role was on an internet commercial for the brand, ‘Shell’. In 2015, she began her acting career in an episode of the American crime drama TV series, ‘Criminal Minds’ as Tatiana.

In 2016, Lexy made her film debut by starring as Lily in the action movie, ‘Female Fight Squad’. The same year, she also landed a recurring role in the television series, ‘Shooter’ as Mary Swagger. A year later, she starred as Fable in the television film, ‘Searchers’. The same year, she also made an appearance as Monkey in the drama film, ‘Our Little Secret’. Moreover, she also landed the recurring role of Robin Hinton on the superhero TV series, ‘Agents of S.H.I.E.L.D.’

In 2018, Kolker starred as Chloe in the movie, ‘Freaks’. Her performance in the movie earned her praise from the critics. She also earned a nomination for the Young Entertainers Award for the Best Leading Actress in a Feature Film. She also portrayed Lily in the fantasy film, ‘The Little Mermaid’.

In 2019, she portrayed Marley in the mystery crime film The Case of Jonas Booker and a year later, appeared as Lilliana in the television series, ‘For Nothing’.

What is the Net Worth of Lexy Kolker?

Lexy Kolker has an estimated net worth in the region of around $100k – $1 million as of 2020. She is a very talented and highly rated child actress and her filmography is growing at a fast pace. Moreover, she is expected to land more roles in the future and be a big star.

Is Lexy dating anyone?

Kolker is currently single. She is still just 10 years old and is not of age to be dating anyone. She is more focused on her career and studies as of now.

How tall is Lexy Kolker?

Kolker stands at a height of around 4 feet 6 inches and weighs around 30 kg. She has blonde hair and a pair of hazel eyes.

Our contents are created by fans, if you have any problems of Lexy Kolker Net Worth, Salary, Relationship Status, Married Date, Age, Height, Ethnicity, Nationality, Weight, mail us at [email protected]