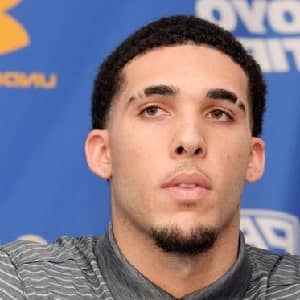 LiAngelo Ball is an American professional basketball player. Currently, he plays as the shooting guard and small forward for the Oklahoma City Blue in the NBA G League.

When was LiAngelo Ball born?

LiAngelo Ball was born on the 24th of November, 1998 in Anaheim, California, the U.S. As of now, his age is 21. His nationality is American and his ethnicity is mixed.

LiAngelo was born to parents Lavar Ball (father) and Tina Ball (mother).LaVar is a former American football player. The former athlete is also a big figure in basketball as the CEO of Big Baller Brand, a company that sells all sorts of sports apparel. LaVar Ball is also the founder of the JBA (Junior Basketball Association). Talking about his childhood, LiAngelo grew up playing a lot, mainly with his brothers LaMelo and Lonzo Ball. The brothers would routinely play basketball as well as American football and eventually developed a passion for it. All three brothers benefitted from their regular practice since childhood as they all play sports professionally today.

Which High School and College did LiAngelo go to?

As for his education, LiAngelo attended Chino Hills High School. There he played basketball for the high school team for four years. He performed well n these years with and several praiseworthy moments. Even so, he wasn’t regarded as a top prospect for the NBA at the moment.

How did LiAngelo Ball build his career?

As he was not considered a prospect for NBA yet, LiAngelo was trying to prove himself. As such he signed with Prienai, a team from the Lithuanian Basketball League (LKL), along with his brother in 2017. He played for 1 season in the LKL butdid not perform too well. As such he wasn’t selected for the 2018 NBA draft as he had planned.

So, he signed with Los Angeles Ballers, a team from the JBA. This season was considerably better than his first. Some highlights for him in this season include his game against the Philadelphia Ballers, where he scored a career-high 58 points. Soon after, he would match this in a finals victory over Seattle Ballers. He had impressive stats of 58 points, 11 rebounds, and 6 assists in this game which got him the title of Finals MVP.

After this, he underwent ankle surgery and was sidelined for the rest of the season. At the very end of 2019, he signed with Oklahoma City Blue of the NBA G League as a practice player. Unfortunately, he hasn’t played even one game as a part of Blue as the season was suspended due to COVID-19.

What is LiAngelo Ball’s net worth?

As of 2020, LiAngelo has a net worth that’s roughly 5 million U.S. dollars. He has not revealed his annual salary as of yet.

What are LiAngelo Ball’s physical statistics?

LiAngelo stands at a height of 6 feet 5 inches and weighs roughly 104 kilograms. He has a muscular and athletic build. He has dark brown eyes and black hair.

Who is LiAngelo Ball dating?

LiAngelo is active and extremely popular on social media. As of now, he has over 2.4 million followers on Instagram, over 394k followers on Facebook, and over 315k followers on Twitter.

Our contents are created by fans, if you have any problems of LiAngelo Ball Net Worth, Salary, Relationship Status, Married Date, Age, Height, Ethnicity, Nationality, Weight, mail us at [email protected] 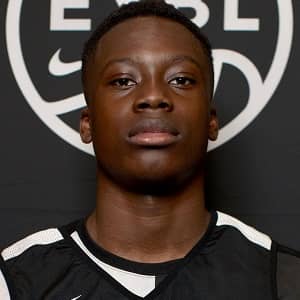