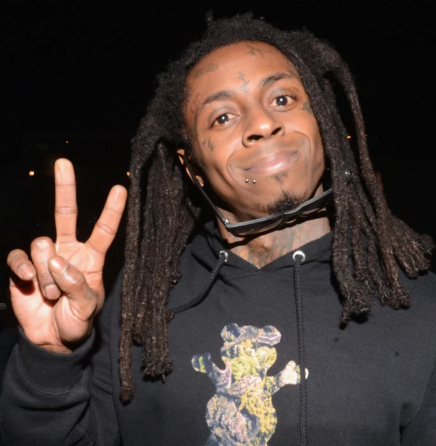 Dwayne Michael Carter Jr. famed as Lil Wayne is a famous American rapper who began his career in the year 1991 when he was just 9. He was first discovered by Bryan “Baby” Williams and joined Cash Money Records as the youngest member of the label. Also, for many years, he was the flagship artist of Cash Money Records, before ending his long-tenured deal with the company in June 2018. His solo debut album is “Tha Block Is Hot” in the year 1999 which was certified platinum by the Recording Industry Association of America (RIAA). He gained his prominence with his sixth album “Tha Carter III” (2008), which became his most successful album to date, with first-week sales of over one million copies in the United States. The album won the Grammy Award for Best Rap Album and includes the hit singles “Lollipop”, “A Milli” and “Got Money”. Currently, he serves as the Chief Executive Officer (CEO) of his own label imprint, Young Money Entertainment.

Lil Wayne Announces ‘Tha Carter V’ Album Release Date. After his “Tha Carter V” failed to surface online last week, fans were left feeling spurned, though rumors suggested the project’s release was imminent. On Tuesday (Sept. 25), Wayne shifted everyone’s mood when he posted on Twitter that he had an announcement to make at 5 p.m. ET, Friday and when the time came, he announced that he would release his elusive album on Friday right at the tail end of his Sept. 27 birthday.

On 27th September 1982, Lil Wayne was born with the birth name of Dwayne Michael Carter Jr. Currently, he is 35 as of 2018. He was a son of Dwayne Michael Turner and Jacinda Carter (Chef). He was born in New Orleans, Louisiana, US. Her nationality is American. His parents divorced when he was only 2.

Talking about his education, he went to Eleanor McMain Secondary School and later moved to the Marion Abramson Senior High School. Later at McMain Magnet School, Carter was an honors student, but he dropped out at the age of 14 to focus on a musical career.

Regarding his body features, he has a height of 1.65 m and he weighs around 61 kg or 134.5 pounds. He has a balanced and healthy body. Furthermore, his shoe size is 8 (US). His hair color is black and the eye color is dark brown. His looks are very much attractive and he is very handsome.

Net Worth of Lil Wayne

The net worth of this famous singer is obviously in millions. His estimated net worth is around $150 Million as of 2018. He is earning a good amount of money from his career and he is satisfied with his earning. His major source of income is from singing. His salary has not been revealed yet and will be updated soon.

Lil Wayne is a married man. Firstly, he married his high school love named Antonia Toya Carter. They married in the year 2004. The couple was blessed with a single daughter named Reginae. Later, the couple got divorced in the year 2006.

After that, he married Sarah Vivan, a radio broadcaster. The couple gave birth to his second child, Dwayne III in the year 2008.

Later, his third child, Cameron Carter, was born to actress Lauren London on September 9, 2009.
Then his fourth child, Neal, was born on November 30, 2009, to singer Nivea.

He also got rapper Trina pregnant but she suffered a miscarriage.

Presently, he is engaged to Dhea Sodano. They started dating on 19th February 2011 and after a year was engaged in March 2012.

Our contents are created by fans, if you have any problems of Lil Wayne Net Worth, Salary, Relationship Status, Married Date, Age, Height, Ethnicity, Nationality, Weight, mail us at [email protected]