Lisa Marie Presley is an American singer-songwriter. She is the only child of singer and actor Elvis Presley and actress Priscilla Presley, as well as the sole heir to her father's estate. 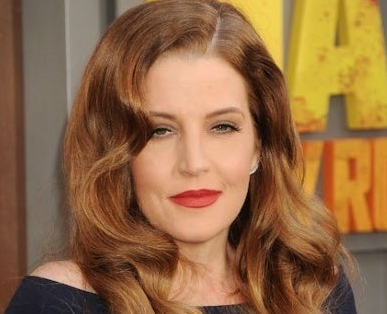 I don't do yoga. I bite the hella outta my nails. I smoke, I eat all the wrong food, I don't exercise

I think I've failed every test I've ever taken. If there was a failure I would have been it

I'm not eager to jump into marriage again. I'm in the corner right now, wearing my dunce cap. That area is obviously a nightmare.

Lisa Marie Presley is the only child of famous rock and roll star Elvis Presley. She is also an American singer and songwriter who is best known for hit albums like To Whom It May Concern and Storm and Grace. Furthermore, she is also known as the ex-wife of pop star Michael Jackson. Today, let’s explore the facts related to the Lisa Marie Presley wiki, career, net worth, and many more.

What is Lisa Marie Presley known for?

Who are the parents of Lisa Marie Presley?

Back to her early life, Lisa Marie Presley was born in Memphis, Tennessee, the USA. She is the only daughter of famous singer Elvis Presley and actress Priscilla Presley. However, she lived with her mother after her father divorced her. She is of American nationality and has mixed descent of German, English, and Scottish.

She attended Westlake School for Girls’. At the mere age of 9, she lost her father in 1977, which devasted her completely and she got addicted to drugs. Later, she realized and quit the drugs as she didn’t want to end her life as her father did.

When did Lisa Marie Presley pursue her music career?

Talking about her career, Lisa first gave her a glimpse of singing on the 20th death anniversary of his dad by mixing her voice on his song “Don’t Cry, Daddy”. After that through hard work and sheer dedication, she released her first album “To Whom It May Concern” in 2003.

This album reached the 5th position on  Billboard 200 chart list. This album was certified “GOLD” by RIAA after two months. Taking a positive response from this debut album, she further releases “Now What” in 2005 and “Storm and Grace” in 2012. Both the albums were successful and the later was sold more than nine thousand in the first week.

Besides, singing she has been part of many charitable causes including the name of her father “Elvis Presley Charitable Foundation” as chairperson. Furthermore, she has joined the helping hand on Oprah Winfrey and helped the victims of Hurricane Katrina along with the charitable cause ‘Dream Factory’.

What are the achievements of Lisa Marie Presley?

On June 24, 2011, Presley was officially honored by the Governor of Tennessee, Bill Haslam, who proclaimed a day of recognition for her in recognition of her charitable efforts.

On June 26, 2011, Presley has issued a Certificate of Proclamation by Mayor Mitchell J. Landrieu in recognition of her dedication and contributions to the city of New Orleans.

As stated in a proclamation received from the City of Memphis on June 28, 2011:

Is Lisa Marie Presley married? Who is her husband?

Reflecting on her personal life, Lisa was first married to rock ‘n’ roll musician Danny Keough on October 3, 1988, at the mere age of 20. She had two children with him named  Danielle Riley Keough and a son named Benjamin.

Unfortunately, she divorced him after six years in 1994. Soon after the divorce, she married pop star, Michael Jackson which also didn’t last long and ended up in divorce in 1996. Again in August 2002, she was married to actor Nicolas Cage. This marriage only lasts for around four months and the divorce was finalized in 2004.

In 2006 for the fourth time, she was married to her friend Michael Lockwood who is a guitarist. They were blessed with twin daughters Harper Vivienne Lockwood and Finley Aaron Love Lockwood. After 10 years of marriage, she filed the divorce in 2016 which is finalized in 2018. At present, Lisa seems to be single.

How much net worth is Lisa Marie Presley owns?

Lisa Marie Presley earns an enormous amount of money from her successful career as an actress, songwriter, and singer. She has written a number of songs and recorded them, which adds up to her total net worth that is estimated to be $ 300 million.

How tall is Lisa Marie Presley?

Observing her body physics, Presley has a beautiful body with 34-26-35 inches of measurements. She has a decent height of 5 feet and 3 inches and weighs around 54 kg. She has cunning blue eyes and dark brown hair. Furthermore, she fits in 8 (US) size shoes,  6 (US) size dresses, and 32B size Bra.

Our contents are created by fans, if you have any problems of Lisa Marie Presley Net Worth, Salary, Relationship Status, Married Date, Age, Height, Ethnicity, Nationality, Weight, mail us at [email protected]