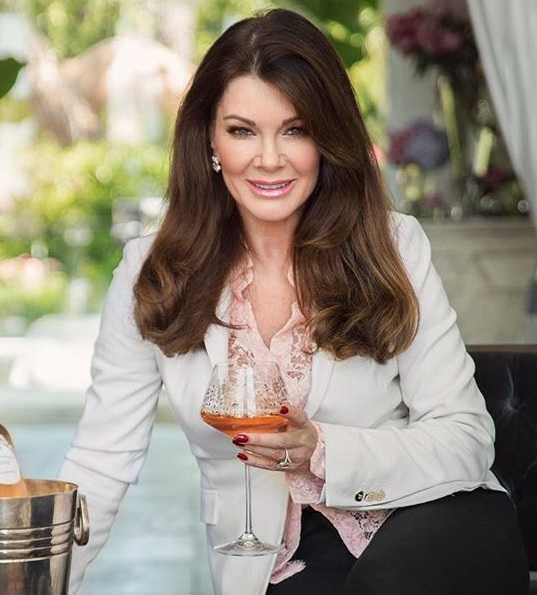 Lisa Jane Vanderpump popularly known as Lisa Vanderpump is a British restaurateur, author, actress, and television personality. Lisa is known for her appearances on Bravo’s The Real Housewives of Beverly Hills, Vanderpump Rules, and ABC’s Dancing with the Stars. She and her husband, Ken Todd have owned 35 restaurants, bars, and clubs in London and Los Angeles. She has over 2.2 million followers on her Instagram.

Lisa Vanderpump went on Girls night out with Lady Gaga

According to an “insider” who spoke with Page Six, Lisa Vanderpump, one of the successful restaurateur and Lady Gaga bounced between Vanderpump’s West Hollywood hotspots, PUMP and Tom Tom on Sunday night. Lady Gaga who returned from Las Vegas and Vanderpump spend some relaxing time with each other on their girls night out. They did some Djing at the restaurants and took turns playing music, according to the insider.

Lisa Vanderpump was born on 15 September 1960. Her birth name is Lisa Jane Vanderpump. Her birth place is in Dulwich, London in England. She holds English nationality. She belongs to White ethnicity. She is of English and German descent. Information about her parents is unknown. She was born and raised in London, England. Her zodiac sign is Virgo. She has a brother, Mark Vanderpump.

She was a full-time drama student by the age of nine.

Lisa Vanderpump has appeared in numerous films and television shows. She started her acting career while she was a child.

She made her film debut in the 1973 dramedy film, A Touch of Class, where she played the daughter of Vicky Allessio.

Since then, she has appeared in several television series and films including, John Halifax, Gentleman, Katy, Kids, The Wildcats of St. Trinian’s, Leap in the Dark, Sunday Night Thriller, Something in Disguise, ABC Mantrap, Absolutely ABC, Silk Stalkings, Baywatch Nights, The Comeback, among others.

She debuted on Bravo’s The Real Housewives of Beverly Hills in 2010. She is an original cast member of the show.

She was part of CNN’s coverage of the Wedding of Prince William and Catherine Middleton in 2011.

She was featured in a Real Housewives of Beverly Hills spin-off program, Vanderpump Rules in 2013. It focused on the staff of her West Hollywood restaurants, SUR, Pump, and TomTom.

She was one of the contestants on the 16th season of Dancing with the Stars, where she partnered with professional dancer Gleb Savchenko.

The duo finished in the tenth place being the second couple to be eliminated from the competition.

She appeared in 2012 Hero Dog Awards.

She designed 26 of the London-based bars and restaurants that she co-owned with her husband before moving to the United States.

They own four restaurants in California.

Villa Blanca is based in Beverly Hills, while Sur, the focus of Vanderpump Rules is based in West Hollywood along with PUMP Restaurant Lounge and TomTom.

Entrepreneurs Ryan Allen Carrillo and Andrew Gruver filed a lawsuit naming Vanderpump and her husband as defendants in Los Angeles Superior Court in August 2013. They alleged the two breach of fiduciary duty, constructive fraud, breach of contract, and misrepresentation and deceit, according to court documents obtained by RadarOnline.com. Carrillo and Gruver claim the couple “unfairly snatched the West Hollywood venue” where they intended to open a gay sports bar, Bar Varsity.

She released a line of homewares, The Vanderpump Beverly Hills Collection by Pop Culture Promotions in November 2014.

She, along with her husband and Pomeranian, “Giggy”, launched a line of luxury pet accessories, Vanderpump Pets in 2015. The brand offers an inclusive line of leashes, collars, toys, and dog bowls, keeping mind a particular couture styling.

She launched her own line of emojis, titled Vandermojis in October 2016. She designs the GIFs, stickers, and audio messages.

She is the author of Simply Divine: A Guide to Easy, Elegant, and Affordable Entertaining.

She is also a monthly contributing writer and editor for Beverly Hills Lifestyle magazine.

She was named editor-in-chief of Beverly Hills Lifestyle Magazine in March 2017.

She was a recipient of the Ally Leadership Award from Equality California, an LGBT rights organization, awarded in 2015.

She organized protest march from MacArthur Park to the Chinese Consulate General in Los Angeles against the Lychee and Dog Meat Festival in October 2015.

She has created the Vanderpump Dog Foundation to further support this movement to end the torture of dogs. The foundation also hosted its first World Dog Day event.

A percentage of every leash and collar bought from her line, Vanderpump Pets is donated to their Vanderpump Dog Foundation.

She was honored with a Golden Palm Star on the Palm Springs Walk of Stars in 2014.

Who is Lisa Vanderpump married to?

Lisa Vanderpump is a married woman. She is married to Ken Todd. They met each other in 1982. Just six weeks after they met, they got engaged to Todd. Three months later, they tied a knot to each other. Lisa was 21 and Todd was 36 years old when they tied a knot to each other. The couple has 2 children. They have a daughter, Pandora, born in 1986, and an adopted son, Max, born in 1991. Lisa has a London property developer stepson, Warren Todd

She currently lives in Beverly Hills, California. They own a home in Montecito, California. She previously lived in London, Cheltenham, and Monaco before moving to the US.

What are Lisa Vanderpump’s Body Measurements?

What is Lisa Vanderpump’s Net Worth?

Lisa Vanderpump has established herself as one of the successful businessperson, actress, and television personality. Partnered with her husband, Todd, she owns 35 restaurants, bars, and clubs in London and Los Angeles. She has also launched her own line homewares called The Vanderpump Beverly Hills Collection by Pop Culture Promotions, luxury pet accessories called Vanderpump Pets, and line of emojis titled Vandermojis. Besides business, she also earns working in films and televisions. As of 2019, her net worth is estimated at $75 million.

Our contents are created by fans, if you have any problems of Lisa Vanderpump Net Worth, Salary, Relationship Status, Married Date, Age, Height, Ethnicity, Nationality, Weight, mail us at [email protected]