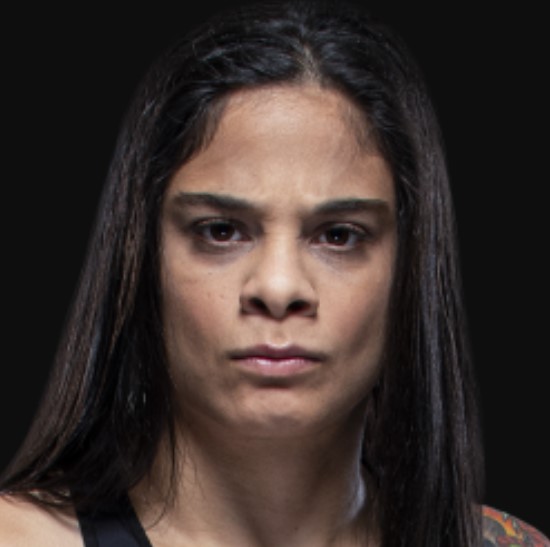 Livia Renata Souza is a Brazilian mixed martial artist who is well known as the former Invicta FC Strawweight Champion and also as one of the UFC fighters who competes in the Strawweight division. Having started her professional career as an MMA fighter since 2013, Souza has managed to get 14 wins in her overall 16 MMA matches as of 2020.

Nicknamed as the Brazilian Gangster, she holds a black belt in Brazilian Jiu-jitsu. After a year-long hiatus, Souze made her Octagon return against Ashley Yoder on August 15, 2020, at UFC 252, which she won. Besides, she is active in social media sites with over 28k followers on Instagram: @livinhaufc.

What is Livia Renata Souza Famous for?

Where was Livia Renata Souza Born?

Livia Renata Souza was born on March 11, 1991, in Araraquara, Sao Paulo, Brazil. Her birth name is Lívia Renata Souza. Her nationality is Brazilian. Pisces is her zodiac sign.

Souza was born and raised in her hometown in Brazil. Her father was very passionate about sports who supported her to follow her dream and helped her to train jiu-jitsu but her mother never wanted her to fight. After Souza made her dream a reality to become a fighter, her father always used to watch her fight until his death in 2017.

Who is Livia Renata Souza Dating?

Livia Renata Souza isn’t dating anyone at the moment. Souza seems to be more focused on her career as her Instagram posts are all filled with her photos of practicing and matches.

What is the Net Worth of Livia Renata Souza?

Lívia Renata Souza has quite good earnings from her professional career as an MMA and UFC fighter. Having started her career as a fighter since 2013, Souza has managed to come a long way winning several matches in her over 7 years of career. Her net worth is estimated to be around $150k.

How Tall is Livia Renata Souza?

Livia Renata Souza is a beautiful strong woman in her late 20s. With her strength and athletic body physique, Souza has managed to win several of her matches and hearts all around the world. She stands tall with a height of 5ft. 4inch.(1.63m) while her body weighs around 52kg(115 lbs). She has a chocolaty complexion with brown eyes and black hair. She also has a tattoo on her left arm.

Our contents are created by fans, if you have any problems of Livia Renata Souza Net Worth, Salary, Relationship Status, Married Date, Age, Height, Ethnicity, Nationality, Weight, mail us at [email protected]