Hope Elizabeth "Liza" Soberano is a Filipina-American actress and model. 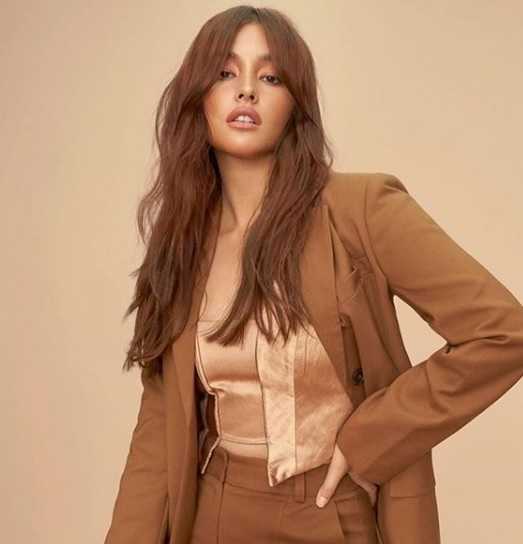 Hope Elizabeth Soberano, popularly known as Liza Soberano is a Filipino-American actress. She rose to prominence after she starred in the romantic comedy television series Forevermore in 2014. She has appeared in numerous television series and films. She is named as Campaign Asia-Pacific’s most popular endorser of 2017. She is described as “one of Philippine television’s most beautiful faces”. She has already won several awards for her career in the entertainment industry.

What is Liza Soberano famous For?

– Her role in the romantic comedy television series Forevermore.

– Described as “one of Philippine television’s most beautiful faces”.

– Campaign Asia Magazine named Soberano as the most popular endorser of the year in 2017.

Where was Liza Soberano Born?

Liza Soberano was born on 4 January 1998. Her birth name is Hope Elizabeth Soberano. Her birthplace is in Santa Clara, California in the United States. She was born to a Filipino father, John Castillo Soberano, and an American mother, Jacqulyn Elizabeth Hanley. She holds Filipino-American nationality. Her zodiac sign is Capricorn. She has a brother named Justin David Soberano. She grew up in Visalia. Her parents separated and she was raised by her paternal grandparents. She moved to Manila, the Philippines to live with her father at the age of 10.

She attended St. Patrick School of Quezon City in Manila.

She received several modeling job offers for print ads at the age of 12.

She met her future talent manager Ogie Diaz at the age of 13.

She made her acting debut in the fantasy-drama comedy anthology series Wansapanataym in 2011.

Her breakthrough role came when she starred in the leading role as strawberry farmer Maria Agnes Calay in the hit romantic comedy television series Forevermore in 2014.

She also appeared in main roles in the Philippine romantic drama television series in 2016 and in the drama fantasy series Bagani in 2018.

She withdrew from her role from Bagani in April 2019 due to injury.

She is the co-host and performer of the Weekend noontime musical variety show ASAP since 2013.

She made her feature film debut as Angel Gomez in the Filipino coming-of-age romantic comedy film, Must Be… Love in 2013.

She has later appeared in the lead roles in the films Just The Way You Are, Everyday I Love You, My Ex and Whys, and Alone/Together.

She had a supporting role in the 2013 Filipino romantic melodrama film, She’s The One.

Who is Liza Soberano Dating?

Liza Soberano is unmarried. She is dating actor Enrique Gil. They have publicly confirmed that they have been dating since October 2014. They have starred in several films and television series together.

She is a Roman Catholic. She has over 10.1 million followers on her Instagram.

What are Liza Soberano Body Measurements?

What is Liza Soberano Net Worth?

Our contents are created by fans, if you have any problems of Liza Soberano Net Worth, Salary, Relationship Status, Married Date, Age, Height, Ethnicity, Nationality, Weight, mail us at [email protected]