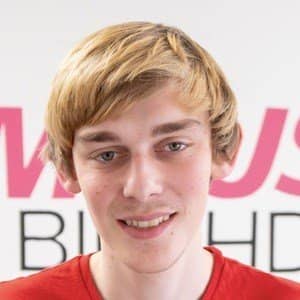 Logan Thirtyacre is a popular American Youtuber. He is a popular creator on the platform with millions of subscribers on his different channels. He rose to fame for his commentary and enjoyable comedy skits of parody characters from popular games and cartoons.

When was Logan Thirtyacre born?

Logan Austin Thirtyacre was born on the 17th of November, 1994 in Pensacola, Florida, U.S.A. As of now, his age is 25. His nationality is American and his ethnicity is Caucasian.

Logan was born to parents Kelly Fay Thirtyacre (father) and Jennifer Grant(mother). His father was almost always away due to his profession as a truck driver. This led to his parents’ divorce when he was still young. His mother remarried later on and Logan was raised by his mother and stepfather, Brian Grant. He also has a brother, Lance Thirtyacre, and a sister Haleigh Grant.

Talking about his education, Logan graduated from J.M. Tate High School in 2013.

How did Logan Thirtyacre build his career?

Logan created his now popular channel SuperMarioLogan in December of 2007. His first video was titled Super Mario Got Milk. Fortunately for him, his first video was viewed by many people and he had a decent fanbase even in the early days of his Youtube career.

His career took off after he introduced the character, Mama Luigi, to his channel. His energetic personality, sense of humor, and funny commentary further helped in increasing his popularity. Just after a year of starting his main channel, he created his second channel SuperLuigiLogan and his third channel SuperBowserLogan.

What is Logan Thirtyacre’s net worth?

As of 2020, Logan has an estimated net worth of approximately 5 million U.S. dollars. His annual salary has not yet been revealed but it surely is a lot based on his subscriber count on his many channels.

What are Logan Thirtyacre’s physical statistics?

Logan stands at a height of 6 feet and weighs around 72 kilograms. He has a skinny physique with light brown hair and hazel eyes.

Who is Logan Thirtyacre dating?

Logan Thirtyacre is currently in a relationship with Adriana Fajardo. The two have been started dating fairly recently, about a few months ago, and things seem to be going well. Logan was previously in a long term relationship with Chilly Jimenez but they recently broke up on bad terms.

Logan is active and very popular on social media. His popularity on Youtube, along with his loveable personality and sense of humor has earned him a lot of followers. As of 2020, Logan has over 465k followers on Instagram and over 41.3k followers on Twitter.

Our contents are created by fans, if you have any problems of Logan Thirtyacre Net Worth, Salary, Relationship Status, Married Date, Age, Height, Ethnicity, Nationality, Weight, mail us at [email protected]