Lori Loughlin is a well-known model, producer, and actress. 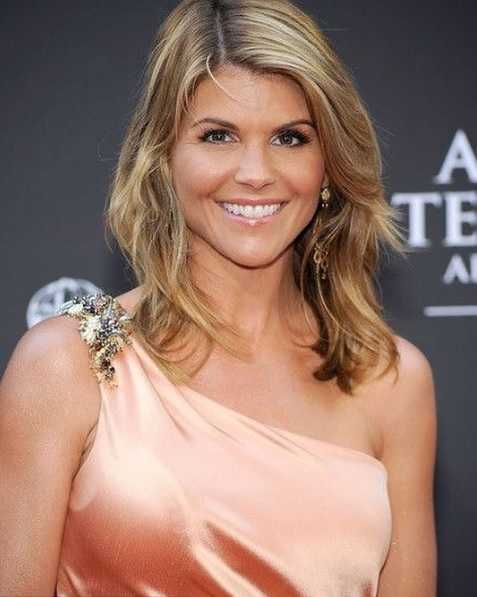 Lori Anne Loughlin popularly known as Lori Loughlin is a well-known model, producer, and actress. She is known for her role as Rebecca Donaldson-Katsopolis on the ABC sitcom, Full House (1988-1995) and its Netflix sequel Fuller House (2016-present). She is also recognized for her role as Jennifer Shannon in the Garage Sale Mystery, as Jody Travis in The Edge of Night, Debbie Wilson in The CW series, 90210, as Abigail Stanton in When Calls the Heart, and as Ava Gregory on The WB series, Summerland. She began her career as a model at a young age and appeared in several commercials before she established herself in the television and film industry. She has received many accolades for her stellar performances and is presently working in the ‘Full House’ sequel titled ‘Fuller House’.

Among other known faces, Lori Loughlin is also one of the celebrity faces involved in the US College Admission Scandal. The FBI and U.S. Attorney’s Office charged Lori and her husband with conspiracy to commit mail fraud and honest services mail fraud on 12 March 2019.

Prosecutors alleged Lori and her husband that she and her husband paid $500,000 as a donation to the Key Worldwide Foundation so that the University of Southern California’s admissions committee would be led to believe that their two daughters, Isabella Rose, and Olivia Jade would be joining the school’s women’s rowing team. In reality, neither of their daughters had ever trained the sport nor had any plans to join.

Lori surrendered to federal authorities in Los Angeles on 13 March 2019. She was released on bail for reportedly $1 million.

Lori Loughlin was born on 28 July 1964. Her birth name is Lori Anne Loughlin. She was born to a father, Joseph Roy Loughlin, and a mother, Lorelle Loughlin. Her birth place is in Queens, New York in the United States. Her nationality is American and her ethnicity is White. She is Catholic. Her father was a New York Telephone Company foreman. Talking about her siblings, she has one younger brother named Roy. Her zodiac sign is Leo. She is of Irish descent.

How Lori Began Her Career?

Lori was very much interested in acting since her childhood.

She began her career as a print model at the age of 11.

She made her television role in the child role in Family Affair in 1971.

She was cast as Jody Travis in the ABC soap opera The Edge of Night. She was 15 at the time and appeared in the series from 1980 to 1983.

Her best-known role is as Rebecca “Becky” Donaldson-Katsopolis in an American television sitcom, Full House. She was the first cast in the recurring role in the season 2 and was later made regular from season 3 to 8.

She has also been appearing as Rebecca “Becky” Donaldson-Katsopolis in Full House sequel, Fuller House since 2016.

Her other major role is as Melaine Clifford in an American sitcom, Hudson Street between 1995 and 1996.

She also appeared in the lead role as Ava Gregory in an American drama television series, Summerland from 2004 to 2005.

She has also been appearing in the main role as Abigail Stanton in a Canadian-American television drama series, When Calls the Heart since 2014.

She has appeared in numerous television films including The Tom Swift and Linda Craig Mystery Hour, North Beach and Rawhide, Brotherhood of Justice, A Place to Call Home, Doing Time on Maple Drive, Empty Cradle, A Stranger in the Mirror, One of Her Own, Abandoned and Deceived, In the Line of Duty: Blaze of Glory, Tell Me No Secrets, Television of The Price of Heaven, Medusa’s Child, Eastwick, Meet My Mom, A Mother’s Rage, Garage Sales Mystery, Every Christmas Has a Story, and Homegrown Christmas.

She had a voice role of Dr. Tracy Simmons in Justice League Unlimited in 2004.

She made her film debut as Susan Baxter in an American-Mexican supernatural horror film, Amityville 3-D in 1983.

She has later appeared in numerous films.

She had voice roles in Frace of the Penguins.

1982 Young Artist Award for Best Young Actress in a Daytime Series for her role in The Edge of Night.

2006 PRISM Award for Best Performance in a Drama Series for her work in Summerland.

Who is Lori Loughlin Married to?

Lori is a married woman. She is married to fashion designer Mossimo Giannulli. They first met in 1995. They eloped on Thanksgiving 1997 and got married in the same year. The couple has two daughters, Isabella Rose, and Olivia Jade. She is also the stepmother to Mossimo Giannulli’s son, Gianni from his previous relationship.

Previously, she was married to an investment banker, Michael R. Burns. They remained together from 1989 to 1996.

Lori Loughlin along with her husband was among other dozens of popular faces charged by the FBI and U.S. Attorney’s Office on 12th March 2019 in a large-scale nationwide college entrance exam cheating scandal. Lori and her husband had allegedly paid $500,000, disguised as a donation to the Key Worldwide Foundation so that the University of Southern California’s admissions committee would be led to believe that their two daughters would be joining the school’s women’s rowing team. In reality, neither of their daughters has ever trained in the sport nor had no plans to do so. Loughlin surrendered to federal authorities on 13 March 2019.

What Are Lori Loughlin’s Body Measurements?

What is Lori Loughlin’s Net Worth?

Lori Loughlin has earned a considerable fortune throughout her career in the entertainment industry. She started her career as a model and appeared in numerous commercials for Febreze Car Vents, Pepsi, Shower Shaver Women’s razor, Coleco Adam Computer, Mead Trapper Keeper School supplies, and Meaningful Beauty.  She has also established herself on the television as an actress. She has also appeared in films. She and her husband Giannulli sold their Aspen, Colorado home for $7.6 million in 2015 and has put their Los Angeles mansion on the market for $35 million. As of 2019, her net worth is estimated at $6 million.

Our contents are created by fans, if you have any problems of Lori Loughlin Net Worth, Salary, Relationship Status, Married Date, Age, Height, Ethnicity, Nationality, Weight, mail us at [email protected]