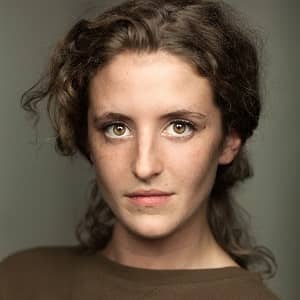 Louisa Harland is an Irish actress famous for her portrayal of Orla McCool in the British sitcom, ‘Derry Girls’. She is also well-known for her works in ‘The Deceived’ and ‘Standby’.

How old is Louisa Harland?

Louisa Harland was born as Louisa Clare Harland on 31 January 1993, in Dublin, Republic of Ireland. As of 2020, her age is 27. She has not revealed much about her parents except the fact that her father is Northern Irish.

Harland grew up with her two older sisters, Katie and Ellie. She spent her childhood days in Dublin.

Talking about her educational background, after the completion of her high school education, Louisa moved to London and attended the Mountview Academy of Theatre Arts. It is an esteemed independent drama school situated in the Peckham area where she learned more about films and acting.

How did Louisa Harland pursue her career?

Louisa Harland started her acting career with a role in the TV show, ‘Love/Hate’ alongside Robert Sheehan and Aidan Gillen before her training at Mountview. Moreover, she also went on to appear in the mini-series Harley and the Davidsons too.

Moreover, she landed roles in the BBC drama, ‘Doctors’ and Amy Huberman’s comedy, ‘Finding Joy’. Furthermore, she was also cast in the movies, ‘Standby’ and ‘Lost in London’ in 2014 and 2017 respectively.

However, it was when she got the role of Oral McCool in Channel 4’s TV show, ‘Derry Girls’ that she achieved huge fame. She and her colleagues have gotten pretty close and they have developed a fantastic on-screen and off-screen chemistry between them. After the massive success of the series, the directors released the second season of the award-winning comedy show, and a third season is set to release in 2020.

On 26 June 2020, she and her fellow Derry Girls costars performed a sketch with the famous Irish actress, Saoirse Ronan for the RTÉ fundraising special ‘RTÉ Does Comic Relief’, with proceeds going towards those affected by the coronavirus.

What is the Net Worth of Louisa Harland?

Louisa Harland has an estimated net worth in the region of $100k – $1 million as of 2020. She has done well as an actress so far and her net worth is expected to increase in the coming future with more roles.

How tall is Louisa Harland?

Harland has brown hair and a pair of brown eyes. She has not revealed her height, weight, and other body measurements as of now.

Who is Louisa Harland dating?

Our contents are created by fans, if you have any problems of Louisa Harland Net Worth, Salary, Relationship Status, Married Date, Age, Height, Ethnicity, Nationality, Weight, mail us at [email protected]