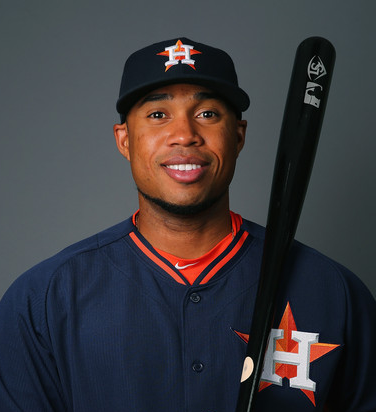 A Venezuelan professional baseball infielder is named as Luis Adan Valbuena. He is professionally named as Luis Valbuena. He played eleven seasons in Major League Baseball (MLB) for the Seattle Mariners, Cleveland Indians, Chicago Cubs, Houston Astros, and Los Angeles Angels. He is a very talented player. His batted position is left and threw position is right. He made his MLB debut on 2nd September for the Seattle Mariners and made his last appearance on 3rd August 2018 for the Los Angeles Angels.

On 30th November 1985, Luis was born in Venezuela. He grew up in Sucre, a municipality in the Venezuelan state of Zulia. He was the son of Nelly Valbuena and Adan Medina. His nationality is Venezuelan. Valbuena’s older brother and several uncles helped him learn to play baseball. His birth sign is Sagittarius.

There is no any information regarding his education.

Luis has got a very attractive body features with a cool attitude. He has a tall height of 5 ft 11 in and his balanced weight is 215 lbs. With his charming smile, he attracts a lot of people towards him. His other body measurement will be updated very soon.

On 6th December 2018, Luis left this world at the age of 33 in Yaracuy, Venezuela. The cause of his death is due to a car crash.

Valbuena, Jose Castillo, and Carlos Rivero were in a car traveling from the Venezuelan capital of Caracas to the northwestern city of Barquisimeto where their team is based for a game on Friday after defeating the Leones del Caracas club. The car veered off the road after hitting a rock. Luis Valbuena and Jose Castillo were killed in the car crash, Rivero and the driver survived.

Net Worth of Luis

Our contents are created by fans, if you have any problems of Luis Valbuena Net Worth, Salary, Relationship Status, Married Date, Age, Height, Ethnicity, Nationality, Weight, mail us at [email protected]