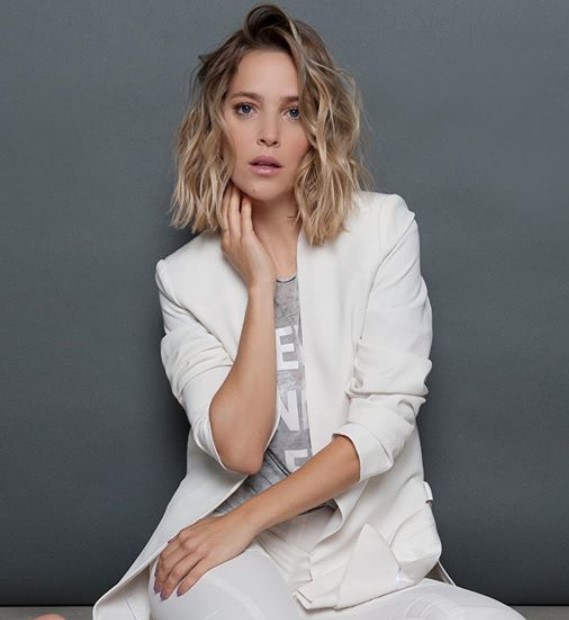 Luisana Lopilato is an Argentine actress and model who is widely recognized for her appearance as Erreway on the popular series, “Chiquititas”. Lopilato is also known for her roles in series including ‘Rebelde Way’, ‘Alma Pirata’, ‘Casados con Hijos’ and ‘Atraccion x4’. In early age, she became the face of a number of prestigious brands such as Ultimo, Marcela Koury, Susana, L’Oreal Elvive, and BlackBerry. In April 2020, Lopilato defended her husband, Michael Bublé after one of their live IG vides went viral regarding his aggressive behavior towards his wife.

What is Luisana Lopilato Famous for?

Where was Luisana Lopilato Born?

Luisana Lopilato was born on May 18, 1987, in Buenos Aires, Argentina. Her birth name is Luisana Loreley Lopilato. Her nationality is Argentine. Lopilato belongs to White ethnicity and is of Spanish and Italian heritage while Taurus is her zodiac sign.

Luisana Lopilato is the youngest daughter born to Eduardo Lopilato(father) and Beatriz Lopilato(mother). She has two elder siblings: brother Dario, and sister Daniela, with whom she was raised in the Parque Chas neighborhood of the city.

She began her career in the entertainment industry since an early age of 6 as she was landed her first commercial role after a casting director spotted her walking with her mother and offered an audition for a commercial.

Who is Luisana Lopilato Married to?

Luisana Lopilato is currently married to her husband, Michael Bublé. Michael is a Canadian singer. They began seeing each other after she went to the theatre with him to see her brother Darío’s play in 2008. She even appeared in his music video for “Haven’t Met You Yet”. Sooner in 2009, she got engaged to Bublé and eventually got married on March 31, 2011, in a ceremony in Buenos Aires, Argentina.

However, during the self-isolation of the COVID-19 pandemic, the couple decided to entertain their fans on Instagram Live but during the live Michael seemed to be aggressive towards her thus, the video went viral.

Lopilato was previously in a relationship with Felipe Colombo. Colombo was her ‘Rebelde Way’ co-star and Erreway band-mate with whom she dated for 3 years from 2002 to 2005.

She then dated actor, Mariano Martínez, and even got engaged however, they mutually decided to part ways in late 2006. Besides, she was spotted together with tennis player Juan Mónaco at the end of 2006 and started dating soon after.

What is the Net Worth of Luisana Lopilato?

The 32 years old Luisana Lopilato has quite a great earnings from her professional career as an actress. Working in this field for more than a decade, she must have managed to amass million worth fortune from her several films and TV series.

Her estimated net worth is around $2 million. While her husband, Michael has an estimated net worth of around $60 million. Besides, she also makes money from her several endorsement deals, music albums, and social media sites as she has over 3.5 million followers on her Instagram.

How Tall is Luisana Lopilato?

Luisana Lopilato is a gorgeous lady in her 30s. Lopilato has a well maintained slim body physique of measurement of 36-23-35 inches. She stands tall with a height of 5ft. 6inch. while her body weighs around 49kg. Her bra size id 34 D, shoe size is 7.5(US) and her dress size is 4(US). She has a fair complexion with blonde hair and blue eyes.

Our contents are created by fans, if you have any problems of Luisana Lopilato Net Worth, Salary, Relationship Status, Married Date, Age, Height, Ethnicity, Nationality, Weight, mail us at [email protected]