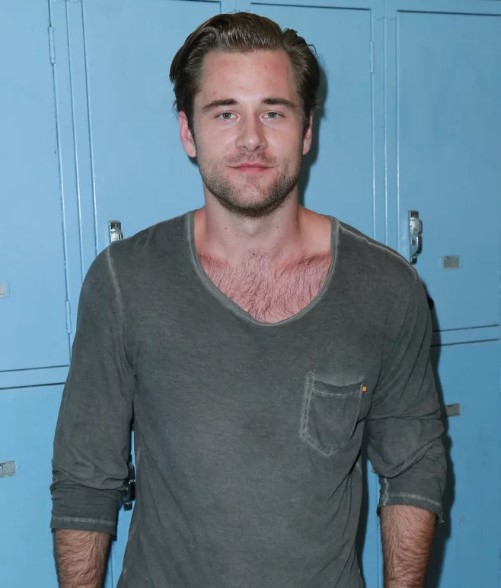 Luke Benward is an American actor and singer who is widely recognized for his role as Bo in the Netflix film, “Dumplin'”(2018). Benward is also known for his role as Billy Forrester in the children’s comedy film, “How to Eat Fried Worms”. Benward is one of the successful artists who rose from a child actor and has marked his presence prominently in the entertainment field.

What is Luke Benward Famous for?

Where was Luke Benward Born?

Luke Benward was born on May 12, 1995, in Franklin, Tennessee, United States. His birth name is Luke Aaron Benward. His nationality is American. Benward belongs to mixed ethnicity and is of English, German, and Scots-Irish ancestry while Taurus is his zodiac sign.

Luke Benward was born in a well-to-do family to Kenda Benward(mother) and Aaron Benward(father). His father is a musician and is also a part of the music duo, ‘Blue County’ while his mother is an actress, model, and acting coach. His grandfather, Jeoffrey Benward, is a Contemporary Christian music artist. Luke was raised along with his two sisters: Ella and Gracie.

Belonging to a family with a music background, Luke was exposed to the entertainment industry, quite early in his life. He even built up interest in acting, and dancing, besides singing.

Who is Luke Benward Dating?

Luke Benward is currently assumed to be dating Ariel Winter. Winter is also an actor more precisely “The Modern Family” star. In the ongoing quarantine of COVID 19 in April 2020, Ariel and Luke were captured together around Los Angeles.

Previously, he was in a relationship with American actress, Olivia Holt. Holt and Benward met for the first time on the set of the Disney Channel movie, “Girl vs. Monster” in 2012. However, they separated after 2 years of their relationship in 2014.

Besides, he was also in a relationship with Indah Winsome and British actress, Georgie Henley. He was also rumored to date model Dove Cameron, and Ryan Newman. Currently,  he resides in Los Angeles, California.

What is the Net Worth of Luke Benward?

Luke Benward has quite a great earnings from his professional career as an actor and singer. Working in this field for more than a decade, he has managed to amass a million worth fortune from his several movies and series. His current estimated net worth is around $2 million while his annual salary is around $242,424.

Benward also makes money from his appearance in the commercials for brands such as Nintendo, McDonald’s, and Willy Wonka.

How Tall is Luke Benward?

Luke Benward is a handsome man in his mid-20s. Benward has a well maintained athletic body physique. His chest size is 41 inches, waist size is 32 inch and bicep size is around 14inch. He stands tall with a height of 6ft. 2inch.(1.88m) while his body weighs around 85kg(187 lbs).

He has a fair complexion with dark brown hair and green eyes. Benward also has tattoos on his upper middle back and on his inner biceps.

Our contents are created by fans, if you have any problems of Luke Benward Net Worth, Salary, Relationship Status, Married Date, Age, Height, Ethnicity, Nationality, Weight, mail us at [email protected]