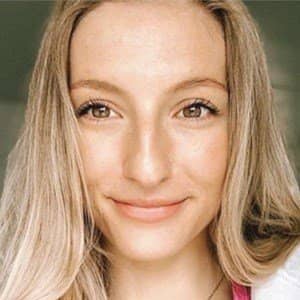 Maddie Lymburner is a Canadian social media personality, Youtuber, and fitness trainer. As of 2020, her primary Youtube channel, ‘MadFit’ has over 5 million subscribers whereas her self titled channel has over 566k subscribers.

How old is Maddie Lymburner?

Maddie Lymburner was born on November 14, 1995, in Canada. As of 2020, her age is 25. There is no information about her parents. Moreover, she has not revealed anything about her siblings and other family members. Her nationality is Canadian.

How did Maddie Lymburner get so famous?

Maddie Lymburner earned her fame on Youtube by mainly posting fitness related videos on her ‘MadFit’ channel. She launched the channel in March 2018 and has gathered more than 389 million views until now. In this channel, she mainly shares at-home workouts, real-time, gym workouts, and other fitness-related content. Moreover, she is also known for her vegan dieting vlogs.

Her most popular video is titled ‘15 MIN TIKTOK DANCE PARTY WORKOUT – Full Body/No Equipment’ which she posted on June 1, 2020, and has over 11 million views to date. This channel has more than 5 million subscribers.

Maddie also owns a second Youtube channel that is self-titled. This channel was actually created before her MadFit channel on August 26, 2012. As of late 2020, it has garnered over 45 million views. The primary content on this channel includes vlogs, Vegan recipes, and her daily routines. So far, her most popular video on this channel is titled ‘WHAT I EAT TO STAY FIT, LEAN & HEALTHY’ vlog. This channel has over 566k subscribers.

What is the Net Worth of Maddie Lymburner?

According to online sources, the net worth of Maddie Lymburner is around $500k as of 2020. Her primary source of income is Youtube. She has two very popular channels and has gained a considerable amount of money from her Youtube career.

Lymburner stands at a height of 5 feet 6 inches and weighs around 52 kg. She has blonde hair and  brown eyes.

Is Maddie Lymburner dating anyone?

Maddie Lymburner is currently in a relationship with Chris Hartwig. She has shared pictures together on her social media accounts. Moreover, Hartwig has also shared pictures on his own Instagram account together. In addition to this, he also features occasionally her Youtube videos.

Previously, she was in a relationship with Kyle Fraser.

Our contents are created by fans, if you have any problems of Maddie Lymburner Net Worth, Salary, Relationship Status, Married Date, Age, Height, Ethnicity, Nationality, Weight, mail us at [email protected]