Madison Cawthorn and his various controversies. Know about his recent photos in women’s lingerie!

Republican Rep. Madison Cawthorn (N.C.) has landed in a new controversy. Two photos of Madison has emerged in which he is at a party and wearing women’s inner wears.

The Republican rep. Madison Cawthorn has a controversial image. And now, he is embroiled in another new controversy. The political news outlet, Politico has published a report with two photos of Madison. He is at a party surrounded by women. And he is wearing women’s lingerie. He is sitting on a wheelchair. Hence the photo would be of after 2014. 2014 was the year that Madison suffered a major car accident that left him paralyzed in both lower limbs.

The outlet has stated that a person who was earlier in close connection with Madison and his campaign provided them the photos. Another source close to Madison during his campaign also confirmed the authenticity of the photos.

Madison’s response to the photos

The politician, Madison also confirmed that the photos are genuine and his. He tweeted on Friday 22 April 2022 that the photos were clicked before he entered for the Congress. He added that they were of the time he had gone in a group for a cruise vacation. Madison wrote:

“I guess the left thinks goofy vacation photos during a game on a cruise (taken waaay before I ran for Congress) is going to somehow hurt me?”

“They’re running out of things to throw at me…”

The exact date on which the photos were taken is unclear.

Madison and his series of controversies

Recently, he labeled Ukrainian President Volodymyr Zelenksy a thug. There is an ongoing war between Russia and Ukraine. Globally, people and leaders have praised Volodymyr for his great leadership and bravery. He has dared to not bow down to the Russian atrocities and has pledged to not flee the country. He said that he will remain in Ukraine and fight the war.

His own party people disapproved of his remarks. House Minority Leader Kevin McCarthy (R-Calif.) scorned his comments. This month, Madison also spoke on the House floor. He defined a woman and said that Democrats are unnecessarily raging a war on human biology. He said that a woman is one with “XX chromosomes, no tallywhacker”. Most of the Republicans do not like him. Sen. Thom Tillis (R-N.C.) is now endorsing Madison’s opponent, state Sen. Chuck Edwards (R).

Madison Cawthorn is an American politician and Republican Rep. He has paralysis of both lower limbs after a severe car accident. More bio… 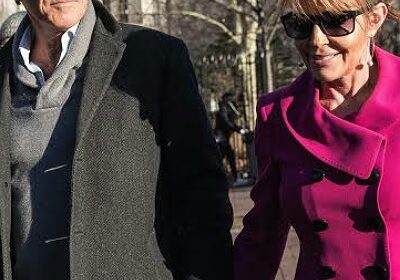