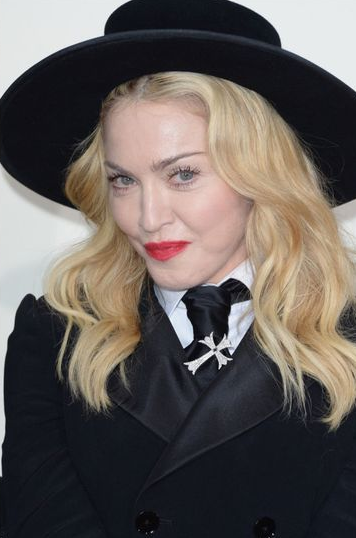 Madonna is the queen of pop music, writer, director, producer, fashion designer … in a word, a multi-faceted and creative personality. The story of her life is the embodiment of the American dream, she proves that with tremendous diligence, you can make a meteoric rise from the bottom to the very top. In addition, the Madonna became a symbol of the sexual revolution of the 20th century.

Madonna has been part of several controversies. Previously, she was criticized for the music video of the song, “Like a Virgin”. She even got banned from entering Vatican City. Her music was universally criticized. Similarly, her album named “Erotica” also created a buzz with its sexual and scandalous content.

Madonna was born in Bay City in the state of Michigan. Her full name is Madonna Louise Ciccone. The talented singer was born on 16th August 1958. She was born to father Silvio Anthony “Tony” Ciccone and the mother Madonna Louise Fortin. She is of Italian descent from her father’s side. Similarly, her ancestry is French-Canadian from her mother’s side.

During her early childhood, her mother died of breast cancer. She grew up in the suburb of Detroit.

As per her education, she attended Rochester Adams High School. Afterward, she joined the University of Michigan School of Music to study dance.

Madonna started her professional singing career in 1982. Previously, she worked as a waitress in some restaurant chains in New York City. She released her first single named “Everybody” after signing the deal with the record company, “sire” in 1982.

In the same year, she released another single named “Burning Up”. These two songs fueled her entry into the music industry. Afterward, in 1983, she released her first self-titled album. Following the success of her first album, she went on to release other albums like, “Like A Virgin” in 1984 and “True Blue” in 1986.

She also showed her interest in acting. She acted in series like, Desperately Seeking Susan (1985), Dick Tracy (1990), A League of Their Own (1992), and Evita (1996). She is the founder of an entertainment company, Maverick in 1992. She also designed her own clothing line, wrote children’s books, opened health clubs, and filmmaking. She is involved in various charities and founded the non-profit organization, Raising Malawi in 2006.

She has sold more than 300 million records worldwide. Hence, she is recognized as the best-selling female recording artist of all time by Guinness World Records. In 2010, she collaborated with Justin Timberlake for the song, 4 minutes.

Furthermore, she went on touring and releasing more albums. Some of her other albums are “Erotica”, “Confession on a dance floor”, “Music” and others.

Additionally, she is also an actress. Some of her on-screen projects are “Shanghai Surprise”, “Evita”, “Girl 6” and others.

Net Worth of Madonna

Forbes magazine has claimed that the pop star earns over $1 million for each live performance, and also makes an estimate of about $800 million annual gross earnings as of 2019.

Madonna has been married twice in her life. But none of them worked well for her. As of now, she is believed not to be in any relationship. But going back in the past she was married to actor, Sean Penn from 1985 to 1989. After that, she was once again into a marital relationship with another legendary actor, Guy Ritchie. They got married in 2000. Eventually, after around 7 years of marriage, they got divorced in 2008.

Other than these two marriages, she has been in a large number of relationships and love affairs. From the time period of 1980 to 1985, she dated celebs like Jellybean Benítez, Mark Kamins, Jean-Michel Basquiat, and Dan Gilroy. Similarly, she also dated Andy Bird, Dennis Rodman, John Kennedy Jr., Tupac Shakur, John Albright, Carlos Leon, Brahmin Zaibat, and others in the past. Recently in 2016, she supposedly dated actor, Idris Elba.

Madonna has a very attractive body. Her height is 5 feet 5 inches. She weighs around 69 kg or 139 pounds. Also, her body measures around 35-27-33 inches. She has pair of brown eyes but wears a blue contact lens. Her hair is light brown.

Our contents are created by fans, if you have any problems of Madonna Net Worth, Salary, Relationship Status, Married Date, Age, Height, Ethnicity, Nationality, Weight, mail us at [email protected]