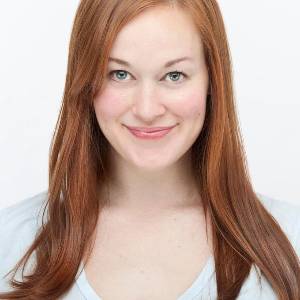 Where is Mamrie Hart from?

Mamrie Lillian Hart came into the world on 22nd September 1983 in Dover, New Jersey, USA. She is of American nationality and currently is of age 37 years. Regarding her family background, her parents are Anne Tabor(mother) and David Hart(father). Her mother is a high school teacher whereas her father David Hart is an actor. However, her parents separated when she was only nine. She has two siblings, her brother David and her sister Annie.

Academically, hart graduated with a BA in drama and communications from the University of North Carolina in Chapel Hill. She moved to New York City to chase her acting career after her graduation. However, she worked as a bartender as a source of income in Newyork. Moreover, Hart’s first name is an honor to her great grandmother, Lillian Mamrie.

How did Mamrie Hart rise into stardom?

Mamrie Hart established her popularity in 2011 through her YouTube show ‘You Deserve A Drink’. The show has won Hart two Streamy Awards: in 2014 for ‘Actress in a Comedy‘ and in 2015 for ‘Writing‘. Furthermore, she also co-produced, co-wrote, and co-starred in the film Camp Takota in 2014 and the 2016 film Dirty 30. Besides, before her fame through YouTube career, Hart has her fair amount of work for ‘Cudzoo and the Faggettes,’ band. The most popular singles of the band are “Daddy Issues” and “New York Girls”.

She came into YouTube back in 2009, but her main channel ‘You Deserve a Drink’ was created only in 2011 where she mainly uploads instructional mixology videos. Moreover, her past work experience as a bartender came into notice in her show. She occasionally makes drinks for celebrities, whom she feels deserve a drink in her videos hence the name of the show. Furthermore, she has collaboration uploads with other YouTube stars, like Grace Helbig, Hannah Hart, Tyler Oakley, and Flula Borg. Also, she presented her other YouTube channel ‘Mametown’ to her viewers in 2013.

Mamrie Hart performed sketches which she wrote with the Upright Citizens Brigade. Upright Citizens Brigade performed at the Chelsea location in New York City, both live and in online shorts. she collaborated with Stephen Soroka for the sketch under the title BOF which was nominated for Best Sketch Group at the 2010 and 2011 ECNY Awards. She wrote and starred on the Cooking Channel’s online sketch comedy show, Fodder with her alums Jim Santangeli and Gabe Liedman. Hart released her first book titled ‘You Deserve a Drink: Boozy Misadventures and Tales of Debauchery’  on May 26, 2015. Furthermore, Mamrie released another book, I’ve Got This Round: More Tales of Debauchery was released on February 6, 2018.

How much net worth does Mamrie Hart hold?

For the income and net worth of Mamrie Hart, she is a successful social media personality as well as a comedian. Her hard and consistent work until now has made her career to promote higher. Her YouTube channel earns her over $10K. She makes her earnings through YouTube, books, etc.

Is Mamrie Hart dating someone?

Referring to the dating life of Mamrie Hart, she is currently dating a guy named Chip Morgan. She is open about her relationship and has uploaded many pictures together on her Instagram account. The duo has a good and strong bond as of now as of the starting of the relationship. On August 25, 2020, they celebrated their three years of togetherness. However, they are a very good couple and look very cute together.

What is the body measurement of Mamrie Hart?

Looking at her physical appearance, Hart has a height of 5 feet 8 inches and is quite tall. She has a body weight of about 56 kilos making her look slim on her dresses. Moreover, she has a pair of hazel eyes that add up her beautiful appearance. She is spotted with different hair colors including auburn, ginger blonde, and dark brown. So, her natural hair color is still a mystery.

Our contents are created by fans, if you have any problems of Mamrie Hart Net Worth, Salary, Relationship Status, Married Date, Age, Height, Ethnicity, Nationality, Weight, mail us at [email protected]