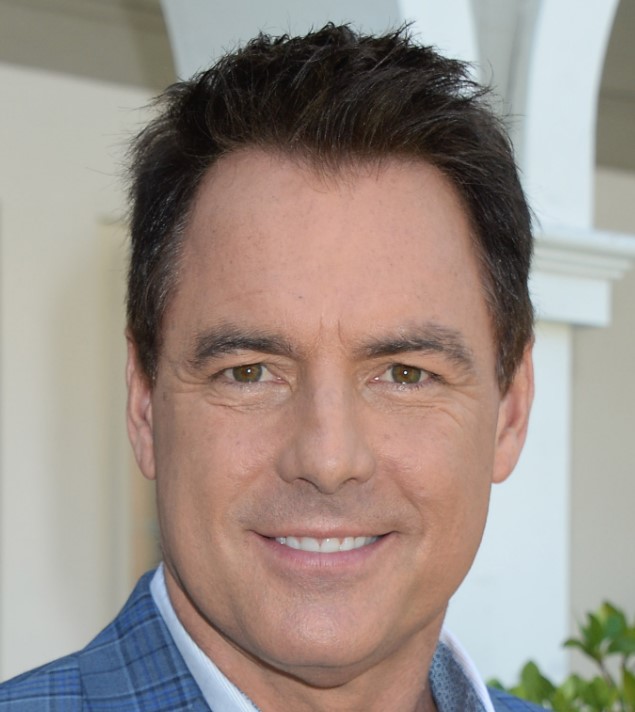 Mark Steines is an Emmy-award winning American broadcast journalist and actor who got recognition for being the host at the gossip and entertainment round-up program “Entertainment Tonight” from 2004 to 2012. Mark joined the program in 1995 as a correspondent

He also co-hosted the American morning talk show “Home & Family” from 2012-2018. The show airs on the Hallmark Channel at 10:00 a.m.(EST). He has won three-Emmy awards throughout his career. He won two Emmys and a Golden Mike Award for his work on KCAL-TV. He has appeared in many films such as “Nixon”, “Suddenly Susan”, “The Practice”, and “The Young and the Restless”.

Besides on October 28, 2020, his first wife, Leanza Cornett died at the age of 49 due to her head injury incurred in a fall at her home in Jacksonville, Florida. Mark and Cornett got married on July 22, 1995, on the island of Kauai. However, after their 17 years of marriage, they got divorced in June 2013. They together were blessed with two sons.

What is Mark Steines famous for?

Famous as an Emmy-award winning American broadcast journalist and actor

Where is Mark Steines from?

Mark Steines was born on June 7, 1964, in Dubuque, Iowa, United States. His birth name is Mark Anthony Steines. American is his nationality. His ethnicity is White. He was born with Gemini as his zodiac sign. He is Christain by religion.

Mark was born as the second son to his parents. He has an older brother, Mike Seines. He has raised in his hometown, Dubuque along with his brother. He did his schooling at Hempstead High School. Since his childhood, he was interested in playing football. While in High School, he was on the school’s football team. Later, he attended the University of Northern Iowa on a football scholarship. He got graduated with a B.A. in radio and television from the University.

Mark Steines began his professional career by working in the newsroom at KWWL-TV after his graduation.

He continued working as a reporter and photographer on the channel.

Then, he moved to Springfield, Missouri to work as a sports anchor on the television station “KGHZ”.

He joined KCAL-TV in Los Angels, California, and ESPN assignments in 1992.

He also won two Emmys and a Golden Mike Award for his work.

Mark got his career breakthrough in 1995 after he started to work as a correspondent and substitute anchor on the entertainment round-up program “Entertainment Tonight”.

Later, he worked as an anchor of Entertainment Tonight Weekend.

In the year 2004, he became the co-host of the syndicated gossip and entertainment round-up program “Entertainment Tonight” along with Mary Hart.

In May 2011, Hart left the program after which Mark became the main anchor of the program.

However, he left Entertainment Tonight on July 27, 2012, after working for around 17years to pursue other opportunities.

Besides being a broadcast journalist, he is also an actor.

He made his acting debut with the role of White House Security in the 1995 American epic historical drama film “Nixon”.

He has appeared in various movies such as “Suddenly Susan”, “The Practice”, “The Young and the Restless”, “Half & Half”, “CSI: NY”, and “A Rose for Christmas”.

Mark made his guest appearance in an episode of the sixth season of America’s Next Top Model in 2006.

After working for about 6 years on Home & Family, he got fired from his job for “creative reasons”.

He has been hosting the KTLA’s coverage of the Tournament of Roses Parade since 2017.

Mark Steines is a married man. He is currently married to his second wife, Julie Freyermuth. Julie is a children’s book author. They first met each other in August 2015 when Julie was a guest on Mark’s TV show “Home & Family”.

The couple tied the knot in a secret ceremony at his Los Angels home on August 20, 2016. They are blessed with a daughter, Parker Rose who was born on July 28, 2017. The couple is happily living together in Los Angels, California.

Previously, he was married to Leanza Cornett. Cornett was an American television personality and Miss America 1993. The couple tied the knot on July 22, 1995, on the island of Kauai. The couple was blessed with two sons, Kai Harper and Avery James. The couple got divorced in January 2013 after their 17 years of marriage. On October 28, 2020, Cornett died due to a head injury incurred in a fall at her home in Jacksonville, Florida.

Mark also was featured in People Magazine’s coveted “Sexiest Man Alive” issue and Men’s Fitness Magazine’s “25 Fittest Men in America”. He also has competed four times in the Toyota Pro/Celebrity Race at the Long Beach Grand Prix. He is the third celebrity to have competed in the race most times following Gene Hackman and Bruce Jenner in the 38-year history of the race.

Mark Steines has earned a good amount of money from his profession as a broadcast journalist and actor. Having started his career by working in the newsroom at KWWL-TV, he has reached great heights in his career. He has been able to win the hearts of many people and also three Emmy Awards for his work which has helped him to earn a great income. With all of his earnings, Mark has an estimated net worth of $20 million as of 2020. At present, he is living a luxurious lifestyle with his earnings.

Mark Steines is a handsome man in his mid-50s. He has won the hearts of several women with his charm. He has a fair complexion with brown hair and a pair of brown eyes. He stands tall with a height of 6ft(1.83m) and weighs around 82kg(180lbs). He wears a shoe of size 9(US).

Our contents are created by fans, if you have any problems of Mark Steines Net Worth, Salary, Relationship Status, Married Date, Age, Height, Ethnicity, Nationality, Weight, mail us at [email protected]