Mark S. Zaid is an American attorney, based in Washington, D.C., with a practice focused on national security law, freedom of speech constitutional claims, and government accountability. 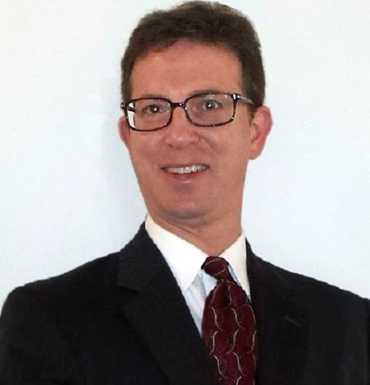 Mark S. Zaid, popularly known as Mark Zaid is an American attorney. His attorney practice mainly focuses on national security law, free speech constitutional claims, and government accountability. He founded an organization dedicated to reducing government secrecy, the James Madison Project in 1998. The organization is interested in the Freedom of Information Act and government whistleblowers. He is the co-founder of a nonprofit law firm, Whistleblower Aid. For his work on behalf of national security whistleblowers, he was named D.C. Superlawyer each year from 2009 to 2019. He is also the co-editor of Litigation Under the Federal Open Government Laws.

Where was Mark Zaid born?

Mark Zaid was born in. His birth name is Mark S. Zaid. His birth place is in the United States. He holds American nationality.

He practices in litigation and lobbying on matters relating to national security, federal employment, foreign sovereign and diplomatic immunity, international transactions, international torts and crimes, defamation, the Constitution (First and Fifth Amendments), and the Freedom of Information/Privacy Acts(FOI/PA).

He also represents the member of the media and the public in First Amendment and FOI/PA disputes.

He currently teaches the D.C. Bar CLE courses on FOIA and security clearances.

Some of the popular cases he handled are suing Libya for the 1988 terrorist bombing of Pan Am 103. The lawsuit was settled for $2.7 billion, the largest of its kind against a foreign government for terrorist activities.

His other popular case is obtaining a court-ordered injunction in 2004 that effectively shut down the Department of Defense’s mandatory anthrax vaccination program for two years.

The organization initially focused on employees and contractors of the US federal government.

Who is Representing the Whistleblowers against the US President Donald Trump?

He is one of the attorneys who is representing the whistleblowers who filed the formal complaint against the current US President Donald Trump.

The whistleblower alleged that Trump pressured the Ukrainian government to investigate the Bidens. Trump claimed that the former US Vice President Joe Biden sought the dismissal of a Ukrainian prosecutor in order to protect his son, Hunter Biden. Hunter Biden had served on the board of a major Ukrainian natural gas producer company, Burisma Holdings from 2014 to 2019.

Our contents are created by fans, if you have any problems of Mark Zaid Net Worth, Salary, Relationship Status, Married Date, Age, Height, Ethnicity, Nationality, Weight, mail us at [email protected]