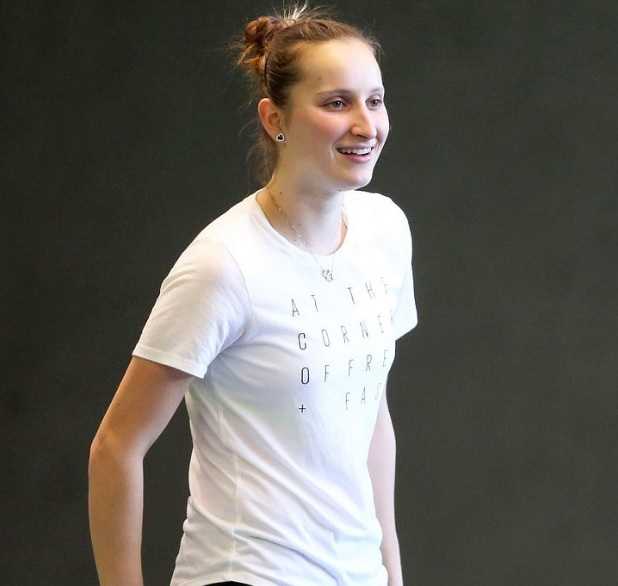 Marketa Uplakanek Vondrousova, professionally known as Marketa Vondrousova is a Czech professional tennis player. She plays left-handed. She has won one singles title on the WTA Tour as well as seven singles and four doubles titles on the ITF Women’s Circuit. She reached her best singles ranking of the world No. 38 in May 2019 making her the youngest player in the top 100. She reached No. 91 in the doubles in April 2019.

What is Marketa Vondrousova Famous For?

Where was Marketa Vondrousova Born?

Marketa Vondrousova was born on 28 June 1999. Her birth name is Marketa Uplakanek Vondrousova. Her birthplace is in Sokolov, Czech Republic. She holds Czech nationality.

She made her WTA Tour main-draw debut in doubles at the 2015 Sparta Prague Open.

She made her WTA debut singles at the 2016 J&T Banka Prague Open. She lost to eventual runner-up Samantha Stosur in the second round.

She reached the third round at the Roland Garros.

She stayed out of the court for the rest of the year to recover from her elbow injury.

She reached her debut WTA singles final at the Ladies Open Biel/Bienne in April 2017.

She defeated Anett Kontaveit in the final to clinch her maiden WTA title. With the win, she reached close to a top 100 list. She also became the youngest winner of a WTA title since Konjuh’s title at the 2015 Nottingham Open.

She made her Fed Cup debut in the semifinals against the United States.

She won an ITF tournament in Trnava improving her ranking to No. 94. She became the youngest player in the top 100 at the time.

She and her partner reached the women’s doubles semi-final of the Australian Open in January 2019.

She defeated Georgina Garcia Perez, Anna Blinkova, Irina-Camelia Begu, and Anastasia Potapova and reached the final in Budapest. She lost to Alison Van Uytvanck in the final.

She reached the quarterfinals at the Indian Wells in March 2019.

She also reached the quarterfinals at the Miami Open in March 2019.

She played her third WTA final in Istanbul, where she lost to Petra Martic.

She did not play in Prague and Madrid due to a knee injury.

She reached the quarterfinals in Rome, where she lost to Johanna Konta.

She became the first teenager to make the French Open final since Ana Ivanovic in 2007 and the first teenager to reach a Grand Slam final since Caroline Wozniacki in 2009 after she reached the French Open final defeating Wang Yafan, Anastasia Potapiva, Carla Suarez Navarro, Anastasija Sevastova, Petra Martic, and Johanna Konta. Ashleigh Barty defeated her in the final.

Who is Marketa Vondrousova Dating?

Marketa Vondrousova is unmarried. She is reportedly single. No rumors regarding her affair have surfaced yet. She might or might not be dating someone. She seems focused on her tennis career.

What are Marketa Vondrosova Body Measurements?

Marketa Vondrousova stands at a height of 1.53 m i.e. 5 feet tall. She has an athletic body build.

What is Marketa Vondrousova Net Worth?

Marketa Vondrousova is a professional tennis player and earns from her playing career. She has already won $1,596,045 prize money to date. The young and aspiring tennis player has a long career ahead of her and she will be earning a good fortune in the coming years. Her net worth is not available at present.

Our contents are created by fans, if you have any problems of Marketa Vondrousova Net Worth, Salary, Relationship Status, Married Date, Age, Height, Ethnicity, Nationality, Weight, mail us at [email protected]