Marlo Hampton has become known as the fashion queen and pot-stirrer of Real Housewives of Atlanta. Aside from her fashion, Hampton lives quite a luxurious lifestyle. She's appeared on the show consistently since her debut and fans can't get enough of her antics. 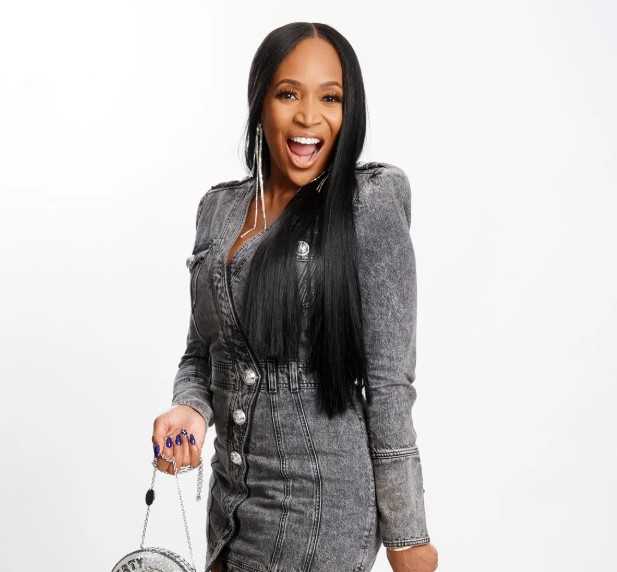 Marlo Hampton is an American television personality fashion designer and stylist, lifestyle expert, businesswoman, entrepreneur, and philanthropist who is best known for playing herself on the Real Housewives of Atlanta, where she has appeared as a cast member and guest since 2011. She is the founder of nonprofit organizations, “Glam It UP!” and “Simply Giving initiative”.

What is Marlo Hampton famous for?

She is best known for playing herself on the Bravo TV show The Real Housewives of Atlanta and her multiple appearances in the reality tv show, I Dream of Nene.

Where is Marlo Hampton from?

Hampton was born as Latoya Hutchinson in Clearwater, Florida, US. She holds an American nationality and her ethnicity is Mix of African-Americans. Her religion is Christianity and her zodiac is Aquarius. She was raised by her mother, Emma along with a younger sister and brother Curtis Willis Jr. and two older sisters. Details about her father and sisters are still under review. Due to weak family conditions, Marlo had to enter the foster care system in Florida, living between group homes and various families at age 9. She ultimately landed with the Hopkins family in St. Petersburg, Florida.

She graduated from the first coast high school in 2005. She earned a Bachelor of Arts from the University of South Florida, where she studied social work and interdisciplinary science. After university, she then started to excel in the stylist and fashion industry. Later she would become a business owner, TV personality, and entrepreneur, recently founding a fashion company inspired by her 102-year old foster grandmother Arrie Holmes, launching in the spring of 2019.

What does Marlo Hampton do?

After finishing her university, Marlo first pursued the stylist and fashion profession. She opened a fashion boutique, Red Carpet Boutique at Perimeter Mall in Atlanta in 2008,  Atlanta. She also did entrepreneurship. She embarked on her real personality career after she was a cast member on The Real Housewives of Atlanta appearing as herself as a regular and guest since 2011, recently wrapping season 11. She was instantly catchy to many fans across the country. She also appeared on its spin-off, I Dream of Nene: The Wedding episode in 2013. She then appeared on Aspire TV’s Exhale appearing as herself on Season 3, Episode 2 in 2015. Likewise, she appeared on VH1’s Love & Hip-Hop appearing as herself on The Wedding episode from Season 5 in 2015. Hampton served as the Style Ambassador for the 10th Annual Atlanta International Fashion Week in 2016.

She was cast on MTV’s How High 2, premiering on April 20, 2019. Hampton is also a YouTube-style expert, hosting and executive producing Marlo’s Closet, a series featuring interviews with lifestyle, fashion, and beauty trendsetters. Besides fashion and reality shows, she is the founder of a nonprofit organization like; “Glam It UP!”, an empowerment program for young girls in the foster system, “Simply Giving initiative” providing humanitarian assistance to needy families during the holiday season.

Who is Marlo Hampton married to?

Marlo is not yet married but has undergone several relationships in her life so far. In June 2011, she was engaged to  NFL player Charles Grant. But because of her very secretive attitude, she has never talked about her relationship publicly. Apart from that, Hampton has dated some lucky fellow Peter Thomas who she never revealed in full. She also dated an unnamed billionaire boyfriend for five years but never bothered to reveal his name. She was gifted a house by the billionaire which she lovingly calls “The Hamptons.” on her birthday. He also bought a home for Marlo’s mother. Her current relationship is not yet known. she lives in Jacksonville, Florida.

What is Marlo Hampton’s net worth?

Marlo Hampton has an estimated net worth of $600 thousand as of 2020. Her average overall salary is not disclosed yet. She earns majorly from her various professions as an occasional reality television star, fashion entrepreneur, and fashion business owner. Hampton owns the Red Carpet Boutique at Perimeter Mall in Atlanta and has launched a new fashion and lifestyle brand called Arrie & Emma. The collection showcases sunglasses, jewelry, home décor, accessories, and more. Regarding his house and cars, She was gifted a house by an unnamed billionaire boyfriend which she lovingly calls “The Hamptons” on her birthday. He also bought a home for Marlo’s mother. Her car’s information is under review.

What is Marlo Hampton’s height?

The 44 years old reality star, Hampton has a tall height of 6 feet and 1 inch. Marlo is a fashion designer with a model like a body figure who owns a boutique and is a Youtube star as well. She has a well-maintained bodyweight of 65 Kg. Her hair color is black and her eye color is dark brown. Her other body measurements such as bust size, waist size, butt size, bra size, and more currently under review. She has a straight sexual orientation.

Our contents are created by fans, if you have any problems of Marlo Hampton Net Worth, Salary, Relationship Status, Married Date, Age, Height, Ethnicity, Nationality, Weight, mail us at [email protected]