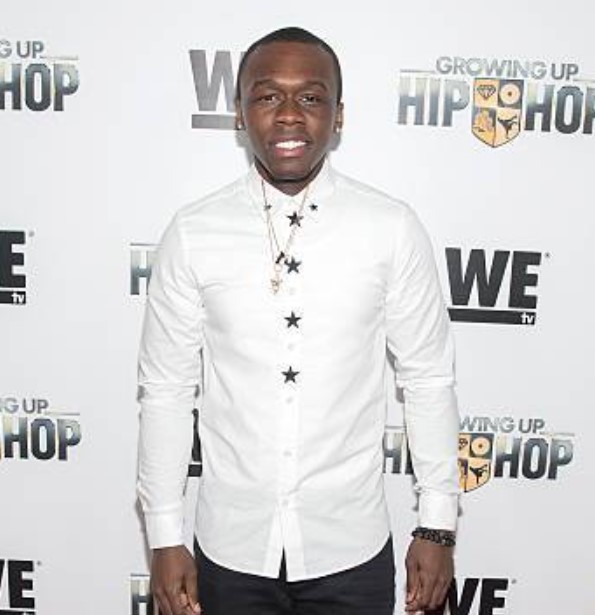 Marquise Jackson is the eldest son of popular rapper 50 Cent and his ex-girlfriend, Shaniqua Tompkins. Marquise is also known by the nickname 25 Cent. He is also inclined towards music and even has acted in movies. However, Marquise doesn’t share a good relationship with his father now.

What is Marquise Jackson Famous for?

Where was Marquise Jackson Born?

Marquise Jackson waa born on October 13, 1996, in California, United States. His birth name is Marquise Jackson. His nationality is American. Jackson belongs to African-American ethnicity while Libra is his zodiac sign.

Marquise was born in a well-to-do family and grew up as a star kid. He is the eldest son born to Curtis James Jackson III, popularly known as 50 Cent(father) and his ex-girlfriend, Shaniqua Tompkins(mother). His father is a Grammy award-winning multi-talented personality while his mother is a popular actress.

He also has a half-brother, Sire Jackson, and a sister, and a sister Mia Jackson from his father’s side as his parents divorced soon. Tompkins later sued Jackson for $50 million, saying he promised to take care of her for life.

The suit, with 15 causes of action, was dismissed by a judge and since they share a bitter relation and have bickered for years, and have even taken their feud to social media many times.

Marquise grew up playing basketball, on his way to becoming a star prep school player at St John’s Military Academy. His childhood was quite different than others as he saw the coming changes in his relationship with his father.

He always had an interest in music as he belonged to a family with a music background.

Relation With his Father, 50 Cent

The day Marquise was born, his father was really happy and he even told that when Marquise came into his life, his priorities changed and he focused to have a good bonding with his son that he never got with his own dad.

50 Cent actually has Marquise’s name tattooed on his right biceps. However, their relation took a sour turning when Marquise was just 10, as Marquise was disappointed with the action of his father towards his mother.

Marquise and his father, 50 Cent have been feuding for years takin it on to social media. The situation even got worse after Marquise spent time with 50 Cent’s enemy, Supreme Griff’s son.

His father even said that he has no ill will towards Marquise and even claimed that he paid his mother $1,360,000 in support to afford him opportunities that 50 Cent never had.

Marquise Jackson has also started his career in the entertainment field with the release of debut single, “Different”. Besides, he has also appeared in two movies about his father “50 Cent: The New Breed” and “A Portrait of an Artist: The Making of ‘Get Rich or Die Tryin'”.

In 2017 Marquise acted in a movie titled “Dope Fiend”. His other songs are ‘Just Another Freestyle’ and ‘Follow Your Heart’ which were basically dissed tracks about his father.

Who is Marquise Jackson Dating?

What is the Net Worth of Marquise Jackson?

The 22 years old Marquise Jackson just has started his career on his own. However, with his star kid stardom, he must have managed to live a celebrity lifestyle. Also, his father’s net worth is around $30 million with whom he no longer lives.

How Tall is Marquise Jackson?

Marquise Jackson is a black handsome guy in his 20s. He has a maintained athletic body physique He stands tall with a height of 5ft. 9inch.

Our contents are created by fans, if you have any problems of Marquise Jackson Net Worth, Salary, Relationship Status, Married Date, Age, Height, Ethnicity, Nationality, Weight, mail us at [email protected]