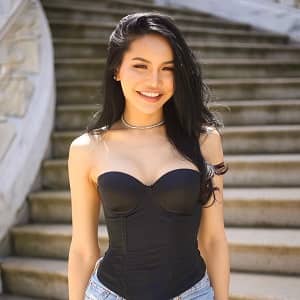 Martini Artnugan is a popular Thai model and social media personality. Her rise to popularity came through Instagram thanks to her good looks, stunning figure, and fairly unusual fart pranks. Her pranks have even gained her the title of Queen of Fart, which Artnugan is actually proud of.

When was Martini Artnugan born?

Martini has not revealed anything about her parents or possible siblings, not even their names. However, we do know that she was born and raised in Thailand before moving to the U.S. In the U.S., she resides in Boston, Massachusetts.

Martini’s education is also a mystery. She seems to be well educated but has not given details on where and till which level she has studied.

How did Martini Artnugan build her career?

Martini started her social media career through Instagram in October of 2012. There, she posted various pictures of her, showing off her good looks and stunning figure. She has said that she works as a model, and this can be clearly seen through her photos. Her alluring pictures soon got her a lot of attention and a lot of fans. Her earlier content was mainly focused on fashion, lifestyle, and promotion.

Though she does post such content even now, most of her current popularity comes from her unique title, The Queen of Fart. This came to be after Martini started posting fart pranks on her Instagram. She farted in public and even in unsuspecting people’s faces, which got her a number of new fans. Currently, she boasts over 500k followers on her Instagram account.

Before Martini, it was pretty unusual for girls to be doing fart pranks but Martini kind of normalized it. She even started a challenge, the Fartini Challenge. The gist of this challenge is that Martini goes to several unsuspecting men, lifts up her skirt, and farts on them. After this, the man slaps her butt, and they both laugh. The challenge worked due to Martini’s looks and people’s fetish for farts. Many of her fans even volunteered as they wanted this done to them by Martini. Even though it’s pretty unusual we have to give credit to Martini for making this work and earning a lot of money from it.

What is Martini Artnugan’s net worth?

As of 2020, Martini’s net worth lies in the range of 500k to 1 million U.S. dollars. She has not revealed her annual salary as of yet.

What are Martini Artnugan’s physical statistics?

Martini has not revealed her physical statistics such as height, weight, or body measurements as of yet. But we can see for ourselves through her Instagram that she is very good looking and has a stunning figure along with brown eyes and black hair.

Who is Martini Artnugan dating?

Martini has kept her love life pretty private. She has not revealed her current relationship status and has not said anything about her previous boyfriends. Even so, we can safely assume that she is single at the moment as there would be a few rumors at least if she was dating someone.

Our contents are created by fans, if you have any problems of Martini Artnugan Net Worth, Salary, Relationship Status, Married Date, Age, Height, Ethnicity, Nationality, Weight, mail us at [email protected] 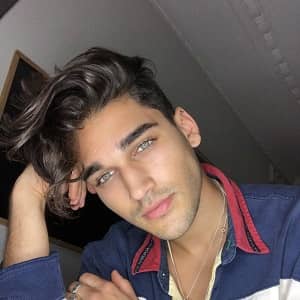