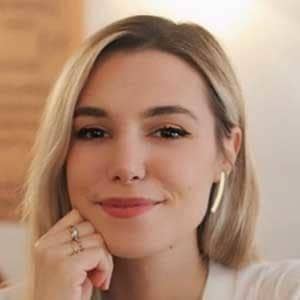 Additionally, she shared fashion videos on YouTube and helped her viewers with speaking Italian.

Where is Marzia Kjellberg from?

Marzia Kjellberg was born on October 21, in the year 1992, in Vicenza, Veneto, Italy. She holds an Italian nationality and Italian ethnicity. Her father is  Marziano Bisognin and her mother, Franca Bisognin. She has one sibling, Davide Bisognin. Unfortunately, she has not revealed her educational qualification.

How did Marzia Kjellberg rise to stardom?

Similarly, she also commonly uploaded travel vlogs.  As of 2020, Marzia’s channel has more than 7.67 million subscribers. Although Italian, she spoke English in her videos. Likewise, she also signed a contract with Maker Studios’ sub-network, The Platform. Also, her YouTube channel even became one of the most popular in the beauty and makeup genre; in May the year 2014, The Wall Street Journal announced that it attracted over 16 million viewers each month. She refers to her fans as “Marzipans”.

Moreover, she also appeared on her current husband and then-boyfriend Felix Kjellberg’s channel on various occasions. In the year 2014, the duo was part of an online marketing campaign for the horror film, As Above, So Below. Additionally, on 22 October 2018, she also shared a video on her channel announcing her retirement from her YouTube career. Although she resolved to reach out to others.

In addition, Mariza’s YouTube success allowed her to began designing her own clothing. Similarly, in 2016, she founded “Daisy” shoes through Project Shoe. In June of 2017, she also started Lemon, a clothing line paired with a fragrance. On July 1, 2018, she also launched Maì, a jewelry, pottery, and home decor brand.

Then, The Maì ceramic accents are handcrafted by herself out of her UK-based pottery studio. Besides that, she has also been a voice actress in various animated web series. Likewise, she became the voice of Carrie the Carrot in Oscar’s Hotel for Fantastical Creatures. In January of 2015, she also published a young adult fantasy/horror novel. Moreover, The English version was published as Dream House: A Novel by CutiePieMarzia while the Italian version was published under the title La Casa Dei Sogni.

What is Marzia Kjellberg’s Net Worth?

How tall is Marzia Kjellberg?

Marzia Kjellberg is married to her long-term boyfriend Felix Kjellberg, famous online as PewDiePie. Additionally, she got introduce to him through her friend Daizo. Likewise, Mariza also started dating Felix in the year 2011, after e-mailing him and stating that she found his videos funny. Later, the couple moved to her native Italy, before settling together in Brighton, England. Mariza and Felix live with their two pugs, Edgar and Maya, as well as a hedgehog named Dogy.

Our contents are created by fans, if you have any problems of Marzia Kjellberg Net Worth, Salary, Relationship Status, Married Date, Age, Height, Ethnicity, Nationality, Weight, mail us at [email protected]