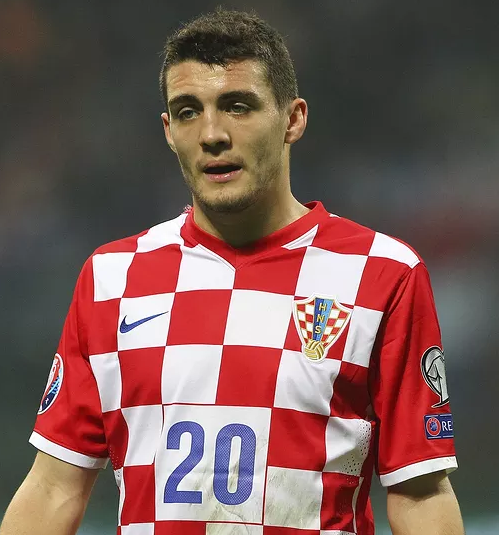 Mateo Kovacic is a Croatian professional footballer who plays as a midfielder for Spanish club Real Madrid and the Croatia national team. His shirt number is 23. His teammates are Dominik Livakovic, Ivan Strinic, Vedran Corluka, Luka Modric, Milan Badelj, Ivan Perisic, and so on. He is also considered a versatile midfielder as he can adapt to play from any position.

Mateo Kovacic is born on 6 May 1994 in Linz, Austria. He is a passionate and enthusiastic player. His father’s name is Stipo Kovacic and his mother’s name is Ruzica Kovacic and Jelena Kovacic. His nationality is Croatian and Austrian. His birth sign is Taurus. He began his youth career as six years old for LASK Linz, and then joined Dinamo Zagreb’s youth system.

Talking about Kovacic body, his height is 1.78 m. His weight is 75 Kg. His eye color is dark brown and his hair color is also dark brown. He has a balanced body with good health.

In 2007 Kovacic joined Croatian giants Dinamo Zagreb. Due to injury, he played only the last match of the Croatian under-17 academy league. he started training with the club’s senior squad. His professional debut was in the 2010-2011 Prva HNL away match in which he scored the fourth goal on 20 November 2010 against Hrvatski Dragovolijac. This made the youngest goalscorer in the history of the league at the age of 16. In his first senior season, he appeared in 7 matches. In the 2011-2012 season, he was a regular player. He helped the team to reach the group stage of the season’s Champions League for the first time. He appeared in 25 league matches ad scored five goals. He captained the team as being the youngest player. He also scored in the Croatian Cup final. At beginning of 2012-2013, he suffered a bone injury and was not able to play many games. He was also in the 2012-2013 UEFA Champion League group stage. In 2012 he was awarded as Golden Boy award.

Kovacic was forced to sell to Real Madrid on 16 August 2015. On 19 August he was revealed that he was the new player of Real Madrid and in which it was said that he would wear a number 16 shirt for the club. He made his debut after four days. He made his eight appearances and scored one goal on the route to the 2015-2016 UEFA Champions League. he scored his first League goal on 29 January 2017. He was also in the 2016-2017 and 2017-2018 UEFA Champions League.

Kovacic was selected in Croatia’s 23-man squad for the 2018 FIFA World Cup on 4 June 2018. Recently Croatia has played with Nigeria and won the match by 2-0, Argentina and won the match by 3-0, and Iceland and again won by 2-1. On 22 June only he provided an assist to his teammate as he scored Croatia’s third goal and won over Argentina in their second group stage match of the tournament.

Kovacic is married and his wife’s name is Izabela Andrijanic. They got married on 23rd June 2017.

Kovacic’s net worth is estimated to be $5 Million. He earns a salary of around $3 Million. His earning sources are National team, Club deals, and sponsorships deals.

Our contents are created by fans, if you have any problems of Mateo Kovacic Net Worth, Salary, Relationship Status, Married Date, Age, Height, Ethnicity, Nationality, Weight, mail us at [email protected]