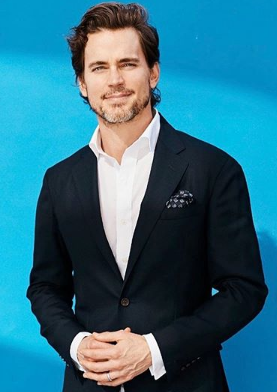 Matt Bomer is a prominent American actor and director who is popular for his versatile performance in independent films and TV series. For his supporting role as Felix Turner in the HBO television film The Normal Heart (2014), he received a Golden Globe Award and a Primetime Emmy Award nomination. Let’s know more about him through this article.

What is Matt Bomer famous for?

Where is Matt Bomer born?

Recalling his early life, Matt Bomer was born in Webster Groves, Greater St. Louis, Missouri, USA. His nationality is American and ethnicity is mixed (English, Welsh, Scottish, Irish, Scots-Irish, Swiss-German, French). His birth name is Matthew Staton “Matt” Bomer. He is one of three children of Elizabeth Macy (nee Staton) and John O’Neil Bomer IV, a Dallas Cowboys draft pick. He grew up in Spring, Texas, a suburb of Houston.

Where is Matt Bomer go for education?

Concerning his education, Matt attended Klein High School where he was a classmate of future actor Lee Pace. He and Pace both acted at Houston’s Alley Theatre, a non-profit theater company. In 2001, He graduated from Carnegie Mellon University in Pittsburgh, Pennsylvania with a Bachelor of Fine Arts degree.

When did Matt Bomer begin his acting career?

After graduating, Matt moved to New York City, where he won the role of Ian Kipling on All My Children.

From 2001 to 2003, he portrayed the role of Ben Reade on another daytime television soap opera, Guiding Light. He starred as Luc, Tru’s (Eliza Dushku) in a Supernatural science fiction True calling. His roles were so appreciated that he obtained roles in North Shore, Flightplan and the film The Texas Chainsaw Massacre: The Beginning.

He also starred as NealCaffrey on White Collar from the 23rd of October, 2009 which was his notable role which led him to further acclaim.

He also appeared in the adaptation of Winter’s Table. He has also been constantly ranked as one of the hottest men in the history of television by several magazines and by websites and news feeds.

He has also voice acted in several roles on screen. His other television roles include acting in Glee, The New Normal, The Normal Heart, American Horror story, Chuck and much more.

He had a guest-starring role on the NBC series Will & Grace (2018-2019) and he also appeared as Negative Man in the DC Universe superhero series, Doom Patrol (2019).

Reflecting on her personal life, Matt was married to Simon Halls in 2011. The couple has three sons, including a set of twins born through surrogacy. In the year 2012, He publically acknowledged that he is gay during an award function. Talking about his benevolent nature, the actor is associated with the David Lynch Foundation.

How much is Matt Bomer’s worth?

Being an actor, Matt earns a decent amount of money and fame through his profession in the field of the entertainment industry. Based on some online reports, his estimated net worth said to be $9 million and his salary is somewhere around $125 thousand per episode at present.

How tall is Matt Bomer?

Observing his body statistics, Matt stands a height of 6 feet 0 inches and weighs around 79 Kg. Similarly, he has an athletic body build with blue eyes and dark brown. His biceps size is 15 inches, waist size is 32 inches and chest size is 44 inches.

Our contents are created by fans, if you have any problems of Matt Bomer Net Worth, Salary, Relationship Status, Married Date, Age, Height, Ethnicity, Nationality, Weight, mail us at [email protected]