Matt Rife an American is actor and standup comedian who started a career in standup comedy at the tender age of 15. 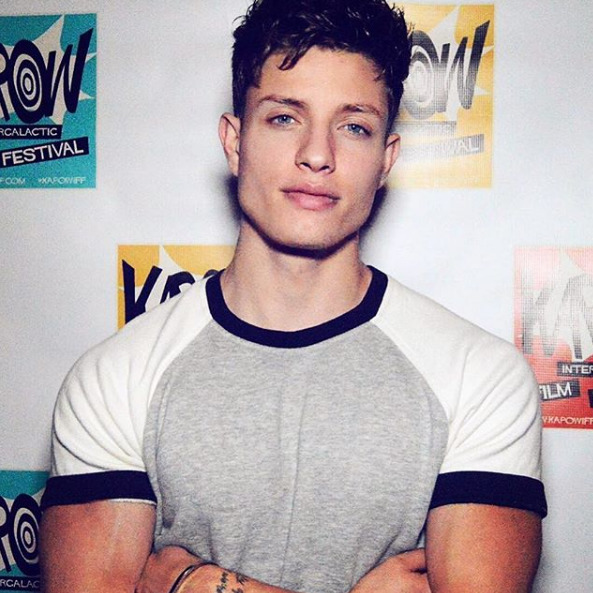 Matt Rife an American is actor and standup comedian who started a career in standup comedy at the tender age of 15. Currently, he is working as a performer at the Laugh Factory. Moreover, he also opened acts for celebrities like Dane Cook, Ralphie May, Tommy Davidson and many more.

What is Matt Rife Famous For?

A good looking Matt Rife Chilton was born in Columbus, Ohio, USA. He is very close to his mother named April Rife. His step-father named Jason Sievers is a car mechanic whereas there is no information found about his biological father.

Rife moved to Los Angeles, California when he was at the age of 17. There, he stayed in the home of his friend. He has a sister named Taylor Chilton and step-brother named Christian Sievers. He is American by nationality and belongs to White Caucasian ethnicity. His birth sign is Virgo.

According to some online sources, He seems to be graduated from High school. Apart from that, there is no information about his education was revealed.

Matt Rife began his career as a stand-up comic in his mid-teens. He’s since performed with comedians like Dance Cook, D.L. Hughley, Raphie May, and Tommy Davidson. He has performed stand up at The Laugh Factory in Hollywood and on BET’s ComicView. At age 17, he made history as the youngest performer ever on ComicView. He was also featured in an October 2016 episode of the comedy show, Acting Out.

His first notable television role was as “Danny” on the series, Average Joe (2014). He has a small role in the independent drama-thriller, room 236 (2015). He made his debut on MTV’s ‘Wild’N Out’ in 2015. The show was created and hosted by comedian and actor Nick Cannon. He was also featured in 10 episodes of ‘Wild ‘N on Tour’ in 2016. He starred as “Jesse” in the comedy series, WTH: Welcome to Howler (2016). The show also stars Cameron Boyce, Murray Wyatt Rundus, Felix Avitia and Sophie Reynolds. He was cast as “Doyle O’Doyle” in two episodes of the live-action comedy series, Gamer’s Guide to Pretty Much Everything (2015-16).

Between 2017 and 2018, Rife appeared on 8 episodes of the Challenge: Champs vs. Stars. The show was hosted by Victor Cruz and later by Mike “The Miz” Mizanin. He guest starred as “Brandon Bliss” in a 2019 episode of Brooklyn Nine-Nine titled “The Tattler.” He portrayed a robber in the comedy film American Typecast (2019). His upcoming projects include the horror flick ‘Black Pumpkin’, written and directed by Ryan McGonagle.

Talking about his love life, Matt currently seems to be single. Previously, He is in a relationship with an English actress Kate Beckinsale. The pair started dating with each other at the beginning of the year 2017. According to a source, Matt and Kate first met through their mutual friend.

There was also a rumor that the couple has parted their ways in August 2017 which become true in 2018. After a one year relationship, the couple was split. The reason behind their broke-up was not disclose yet.

How Much Matt Rife Earns at Present?

As an actor and standup comedian, he earns a huge amount of money from his career. According to some websites, his net worth is estimated to be around $500,000. But there is no detail found about his salary.

Observing his body statistics, He has a mesomorph body type with a height of 6 feet. Similarly, he has a balanced weight of 85 Kg. His biceps size is 16 inches and used to wear 10 (US) size of a shoe. Further, his body measure 42-32-35 inches. He has a pair of Blue eyes and brown hair color.

Our contents are created by fans, if you have any problems of Matt Rife Net Worth, Salary, Relationship Status, Married Date, Age, Height, Ethnicity, Nationality, Weight, mail us at [email protected]