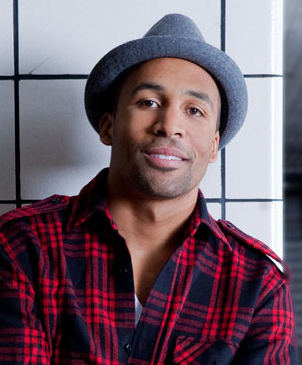 Matte Babel is a Canadian TV host and music reporter. A Wilfrid Laurier University graduate, he had a brief stint as a football player in Europe and then began his TV career in Canada. He worked as a show host and correspondent with several premier channels and had the opportunity to interview many celebrities on the red carpet. He continued his TV career in New York and simultaneously started to manage many celebrities, too. Let’s know more about him through this article.

What is Matte Babel famous for?

Where is Matte Babel born?

Recalling his early life, Matte was born as Matt Alexandros Babel in Toronto, Ontario, Canada. He graduated high school from Milton District. He holds a dual honors degree in sociology and communications, along with minors in business and geography, from Wilfrid Laurier University (1999–2003). He played varsity basketball and football. He had a brief football career in Austria when he was in this third year of university. He was a member of the Wilfrid Golden Hawks football team. Information regarding his parents and siblings is yet to be disclosed.

When did Matte babel begin his reporting career?

While at MuchMusic, He had also hosted several special programs, such as , Exposed, Live Earth, My Date With…, and The MuchMusic Video Awards.

By 2009, He had become a Canadian pop-culture icon. He then joined the Canadian 24-hour news channel CP24 to launch a live 3-hour morning show named CP24 Breakfast. He later worked as a reporter for the channel.

He then moved to New York, where he co-hosted a 30-minute national music news program named FuseNews, which was broadcast daily, and simultaneously served as a correspondent for Entertainment Tonight Canada (ETC).

He also contributed to Entertainment Tonight (ET), The Insider, and TVOne. He still works as an ETC correspondent.

He has hosted the national primetime competition show Canada Sings and has been an expert panelist on conferences such as the Canadian Music Week, the North by Northeast Music Festival Conference (NXNE), and The Urban Music Association of Canada (UMAC).

He also serves some recording artists as their manager. He has been working as a brand executive for the celebrity management company Dreaw Crew since February 2018.

He was nominated as one of the top five hottest TV personalities at the Gemini Awards. The magazine Hello! once listed him as one of the top 10 most-eligible bachelors in Canada, while the newspaper Toronto Star placed him on the list of Top 30 Most Eligible Bachelors in Toronto.

Who is Matte Babel dating?

Reflecting on his personal life, Matt Babel is in a relationship with his girlfriend Shannon Ashley Garcia Mitchell. The couple began dating each other in the year 2016. According to a source, he met her through a mutual friend in Los Angeles.

The lovebirds kept the pregnancy under wraps before they announced in June on YouTube. They also announced they would be documenting the pregnancy on their YouTube series titled Almost Ready. As of now, the lovebirds are the parent of their daughter, Atlas.

How much is Matte Babel worth?

As per the online reports, Matte’s net worth is under review as of now. However, he has a good amount of net worth considering the amount of money he earns from his career as an actor, tv personality and Ransom Music Group and DreamCrew.

How tall is Matte Babel?

Observing his body statistics, Matte stands a height of 6 feet 2 inches and weighs around 85 Kg. Similarly, he has a pair of dark brown eyes and black hair color. He used 9 (UK) shoe sizes and his bicep size is 16 inches. Further, his body measures 44-34-38 inches.

Our contents are created by fans, if you have any problems of Matte Babel Net Worth, Salary, Relationship Status, Married Date, Age, Height, Ethnicity, Nationality, Weight, mail us at [email protected]