An American actor and singer, Matthew Lawrence is a famous face in the list of Hollywood stars. 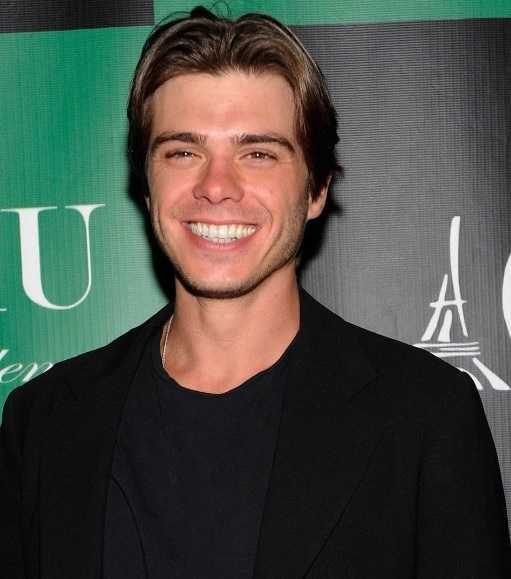 your career can end pretty fast. If the acting jobs dry up, you have to have something to fall back on. In fact, that would be my advice to kids interested in acting - make sure you get an education too

When you make movies based on real life, you try to exaggerate it

I'll take anything and slap it on a canvas

An American actor and singer, Matthew Lawrence is a famous face in the list of Hollywood stars. Lawrence is well-known for his works especially in ABC sitcom Boy Meets World, “Brotherly Love” and his leading role in films “The Hot Chick”, “Cheats” and “Mrs. Doubtfire”.

What is Matthew Lawrence famous for?

– Lawrence is best known for his roles in ” Mrs. Doubtfire” and “Boy Meets World”.

When was Matthew Lawrence born?

Matthew Lawrence was born on February 11, 1980, in Abington Township, Pennsylvania, the U.S. His birth name is Matthew William Lawrence.

Lawrence was born to Joseph Lawrence Sr. (father) and Donna Lynn(mother). His mother was a personnel manager, while his father was an insurance broker.

His family’s surname was changed to Lawrence from Mignogna before he was born.

He has two siblings brothers: Joey Lawrence and Andy Lawrence, both of whom are also actors.

How was Matthew Lawrence’s Early Life?

Matthew Lawrence was raised in the U.S. along with his two brothers. His nationality is American and Aquarius is his zodiac sign. White Caucasian is his ethnicity. He is of Italian and British descent.

At age three, Lawrence’s mother started to bring him into New York City along with his brothers. They would go often for singing and dancing lessons as well as commercial auditions.

Matthew, nicknamed Matty, naturally wanted to get into the entertainment industry like his older brother and developed a passion for the arts.

At age 4, Matthew booked two national commercials and was on his way. Finally, after many years of commuting, he and his family moved out to Los Angeles.

There he attended high school at “Abington Friends School” and then USC. He excelled in biology and the sciences. All the while working as an actor. He now resides in a suburb of Los Angeles.

He studied acting at HB Studi in New York City.

How is Matthew Lawrence’s Career?

Lawrence began acting in the mid-1980s, with his first debut movie “Dynasty”. He continued as a child actor through the early 1990s, appearing in many television and feature film roles, including the “Mrs. Doubtfire” and”Superhuman Samurai Syber-Squad”.

In addition, he maintained starring roles in “Brotherly Love”, which starred his real-life brothers, and “Boy Meets World” where he played Jack Hunter.

Lawrence also appeared in “The Hot Chick” and again as Jack Hunter in “Girl Meets World”.

Lawrence’s singing debut was in 1986 when he and his brother Joey performed at the 1986 Macy’s “Thanksgiving Day Parade”.

Other musical Matt rarities can be found on two “Gimme A Break episodes”, two “Brotherly Love” episodes, and his last musical moment on “Boy Meets World”. Except for “Silent Night and This Dame”, Matt also played guitar on the remaining three.

Lawrence also appeared as a guest on his brother’s sitcom ABC Family’s “Melissa & Joey” in 2011 and in 2015, he reprised his role as Jack Hunter in the series “Girl Meets World”.

In 2017 Matt started a band with Joey and Andy called “Still Three and they released their debut single “Lose Myself”.

How is Matthew Lawrence’s Personal Life?

Matthew Lawrence has been dating Cheryl Burke since February 2017. Burke is a professional dancer. The couple got engaged on May 3, 2018.

Cheryl Burke and Matthew Lawrence got married recently on Thursday evening, 23rd May 2019 at the Fairmont Grand del Mar in San Diego, California.

What is Matthew Lawrence’s Net Worth?

The talented actor, Lawrence has succeeded to maintain a net worth of $4 million. He earns handsome money from his acting career.

He also earns money as he charges a huge amount for his work on movies and series.

How tall is Matthew Lawrence?

Matthew Lawrence has a perfect body build. He stands at a height of 5ft. 8inch (1.73 m). He has a body-weight of 70 kg. He has a fair complexion with hazel eyes and light brown hair.

Our contents are created by fans, if you have any problems of Matthew Lawrence Net Worth, Salary, Relationship Status, Married Date, Age, Height, Ethnicity, Nationality, Weight, mail us at [email protected]

Courteney Cox and her interesting love life; know her past relationships, marriage, and child!
Tags : #Actor#singer