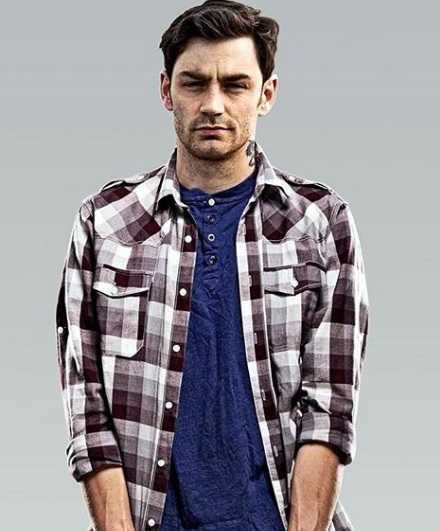 Michael Anthony McNulty, popularly known as Matthew McNulty is an English actor. He changed his name to Matthew McNulty when there was already another Michael McNulty in the equity list. He has appeared in numerous television shows and films. He will appear in the television series, Cleaning Up and The Bay in 2019. He has 3 children with his wife Katie. He is not active on social media.

Matthew McNulty is a member of the cast of The Bay, a 2019 drama series.

In the drama series The Bay, Matthew McNulty played the character Nick. The drama series revolves around the investigation of a missing person by Morven Christie, who plays Detective Lisa Armstrong in the lead role.

His most recent drama series, The Bay, premiered in 2019.

On December 14, 1982, Matthew McNulty was born. Michael Anthony McNulty is his given name. Hanover, West Germany, is where he was born. His parents’ information is currently unavailable. It will be revised as soon as possible. His parents moved to England after he was born. He was born and raised in Manchester, England. He is of English descent. Sagittarius is his zodiac sign. He adheres to the Christian faith. There is currently no information available about his early life or education. After receiving his Equity card, he changed his stage name to Matthew McNulty. On the Equity list, there was already another Michael McNulty.

In 2001, he made his acting debut in the British soap opera Emmerdale as Dominic Skelton.

He has featured in a number of television shows since then.

Between 2001 and 2009, he starred in a variety of films including Birthday Girl, Sweet Medicine, D-Day: The Ultimate War, Outlaws, Shameless, See No Evil: The Moors Murders, Doctors, Holby City, True Dare Kiss, The Royal, Honest, Lark Rise to Candleford, Return to Cranford, and Unforgiven.

Between 2010 and 2012, he starred as Seth in Misfits, a British science-fiction comedy-drama television series.

Between 2011 and 2015, he appeared in the films Silent Witness, The Syndicate, Silk, The Paradise, Room at the Top, CBeebies Bedtime Stories, Our Girl, The Mill, Jamaica Inn, The Great War: The People’s Tale, and Black Work.

He played Dave, Sam’s ex-husband, in Cleaning Up and Nick in The Bay, which is set to be released in 2019.

He has worked in a variety of films.

In the 2002 film An Angel for May, he made his film debut as Sniffer.

Love + Hate, The Mark of Cain, Control, Little Ashes, Looking for Eric, Messengers 2: The Scarecrow, Geography of the Hapless Heart, Spike Island, The Knot, Wartime Wanderers, and Demolition Dave are just a few of his later films.

Who is Matthew McNulty’s spouse?

Matthew McNulty is a husband and father. He has a wife named Katie. The couple has three children: two sons and one daughter. There isn’t much detail about his personal life available. In terms of his personal life, he maintains a low profile.

He lives in London, United Kingdom, with his family.

What are the body dimensions of Matthew McNulty?

What is Matthew McNulty’s Net Worth?

Our contents are created by fans, if you have any problems of Matthew McNulty Net Worth, Salary, Relationship Status, Married Date, Age, Height, Ethnicity, Nationality, Weight, mail us at [email protected]